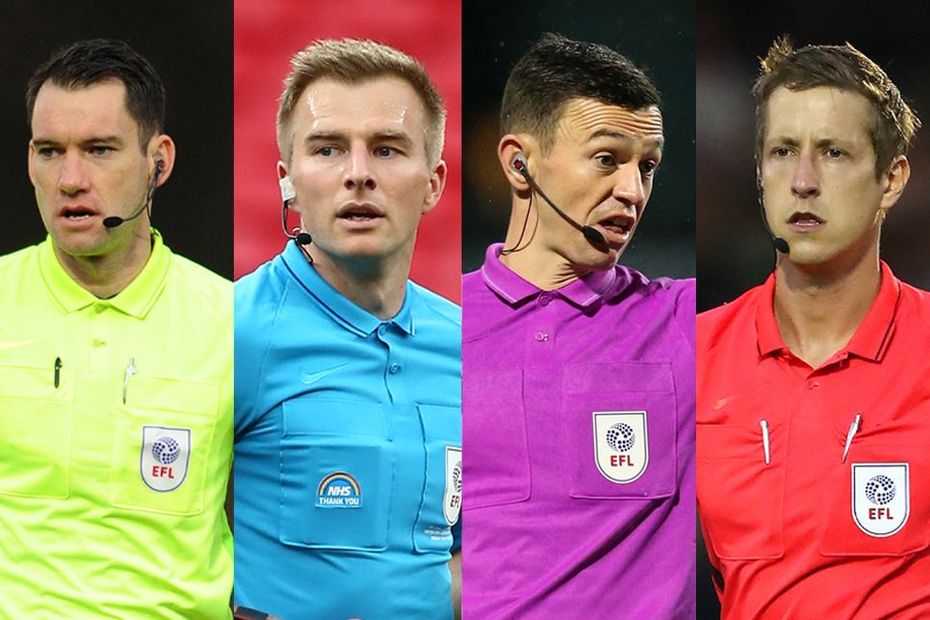 Mason to call time on 15-year career
What is it really like to be a referee?
VAR explained: When VAR can and cannot intervene

The four new referees will join the group of referees who officiate in the Premier League, increasing the total number of Select Group 1 referees to 22.

Gillett (below) became part of the Select Group 2 referee’s list for the 2019/20 season.

Previous to that he was one of the most high-profile officials in his native Australia, refereeing in the A-League from 2010 to 2019. He is in line to become the first Australian to referee in the Premier League.

Salisbury (below) began his refereeing career in 2001 in Preston’s local leagues, thanks to the influence of his father Graham, also a referee. Graham retired on the final day of the 2020/21 season, with Michael his fourth official.

Michael has been a referee in the EFL since 2016 and was part of the Select Group as an assistant referee.

Harrington (below) spent four years as an EFL assistant referee and four years as a National League referee before promotion to the EFL in 2012.  He has been a Select Group 2 referee since 2016 and has refereed nearly 200 EFL matches.

Football is in the blood of Harrington. He is the grandson of former Hartlepool United player Tommy McGuigan.

Brooks (below) first took up the whistle in 2004 and has been in Select Group 2 as a referee since 2018. He was in charge of the FA Vase Final at Wembley in the same year.

Prior to refereeing in the EFL, Brooks was a Premier League assistant referee, having this role for the 2016 FA Cup Final.

In addition to those with the whistle, the Premier League will have a new face on the touchline as Wade Smith joins Select Group 1 as an assistant referee.

Smith has operated on the National List of assistant referees since 2016 and most recently in Select Group 2.

"We’re absolutely delighted to welcome Jarred, Michael, Tony, John and Wade into Select Group 1 for the 2021/22 season," PGMOL Managing Director Mike Riley said. "Their promotions are testament to their dedication and commitment on and off the pitch and the quality of their performances in Select Group 2.

"We very much look forward to supporting them with their continued development going forward and we are sure that they will all make a positive contribution on and off the pitch to the Select Group next season."