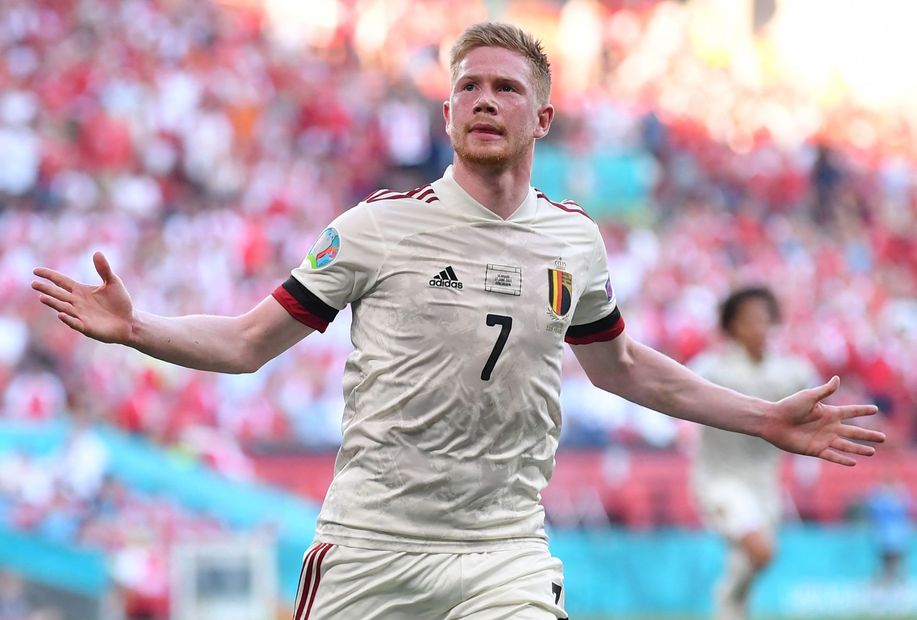 Manchester City midfielder Kevin De Bruyne was the hero as he inspired Belgium through to the last 16 of UEFA Euro 2020 on Thursday.

Trailing 1-0 to Denmark at half-time, De Bruyne came off the bench and assisted Thorgan Hazard before scoring a stunning winner from long range in his first appearance since he was injured in the UEFA Champions League final.

He was one of four Premier League players to feature for the world's No 1 ranked team, along with Leicester City midfielder Youri Tielemans, Wolverhampton Wanderers' Leander Dendoncker and Tottenham Hotspur defender Toby Alderweireld.

Earlier in the day Andriy Yarmolenko was man of the match as Ukraine beat North Macedonia 2-1.

The West Ham United winger, lining up alongside Man City's Oleksandr Zinchenko, scored his second goal of the tournament before setting up the strike that proved to be the winner.

Richarlison off mark in Copa America

Everton star Richarlison scored his first goal of this summer's Copa America as defending champions Brazil made it two wins in two with a 4-0 victory over Peru.

Everton defender Yerry Mina and Spurs' Davinson Sanchez were also in action as they helped 10-man Colombia draw 0-0 with Venezuela as Premier League stars continue to showcase their talents on the international stage.