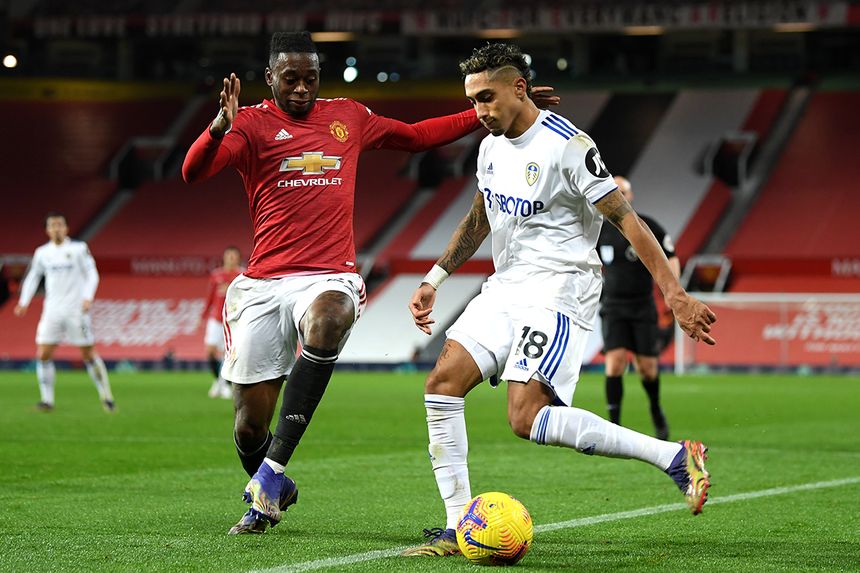 Quiz: Can you name every opening league game from the lat 25 seasons External Link

Adrian Clarke looks at the standout fixtures from the opening weekend of the 2021/22 Premier League.

Manchester United and Leeds United will renew their rivalry in an appetising contest at Old Trafford in Matchweek 1.

On the back of a commendable return to top-flight football in 2020/21, Marcelo Bielsa’s side will cross the Pennines with a point to prove.

They were ripped apart 6-2 in this fixture shortly before Christmas last season, blown away by a lightning start from Man Utd, who led Leeds by four goals after just 37 minutes.

Finding a way to contain Ole Gunnar Solskjaer’s men will be one of Bielsa's priorities on the opening weekend.

While they restored pride in the return meeting at Elland Road, a goalless draw, Leeds rode their luck on their way to that clean sheet.

Across their two meetings Bielsa’s men faced 42 shots, of which 18 were on target.

It will be interesting to see if the Argentinian changes his tactical approach at the Theatre of Dreams.

If he persists with a man-to-man set-up, his players must perform it in a more disciplined way.

One of the most likeable traits of Bielsa’s Leeds is their determination to play positively, both home and away.

On their travels they won 10 of their 19 away matches, losing the other nine.

Outstanding victories at Leicester City, Everton and Aston Villa caught the eye, as did their late-season 2-1 triumph at champions Manchester City.

Only four clubs scored more than Leeds' 34 away goals, and they failed to find the back of the net in only four away matches.

Their main issues were from a defensive standpoint, especially against the league’s stronger sides.

Leeds conceded an average of three goals per away match to the top eight sides. For them to make progress in 2021/22 this is an area to address.

For all of Man Utd’s excellent football last term, they were defensively unconvincing at Old Trafford, where both teams scored in 63 per cent of the 19 matches played there last season.

Only four teams let in more home goals than the 28 Solskjaer’s men conceded, which was more than Sheffield United's 27.

Leeds are attack-minded and will look to catch their opponents cold, just as Crystal Palace and Tottenham Hotspur did when beating United in their opening two home encounters in 2020/21.

Highest average goals in a match

While both managers are bound to focus on improving off-the-ball solidity in 2021/22, this opening-weekend meeting does look to promise goals.

Leeds' away matches featured the most goals last season, while the ball hit the back of the net more often at Old Trafford than at any other Premier League stadium.

This should make the match one to savour on opening weekend.