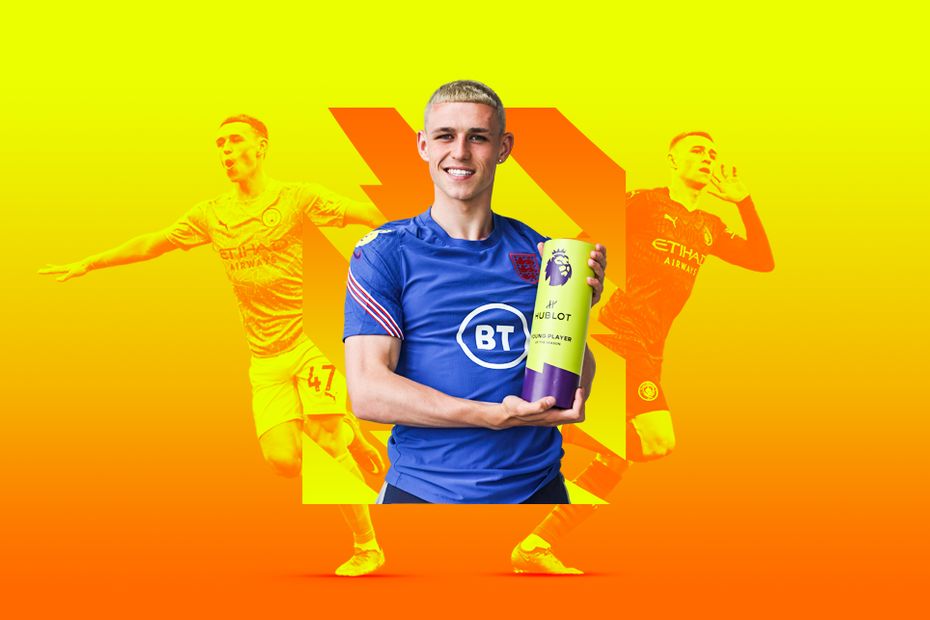 It's been a breakthrough 12 months for Manchester City midfielder Phil Foden, who is representing England at UEFA Euro 2020 after winning the Premier League title and Hublot Young Player of the Season award in 2020/21.

After receiving the Hublot award while on international duty, Foden has revealed his delight at the progress he has made to fend off strong competition and win the prize.

"It’s a pleasure to win it," Foden said. "It could have gone either way. There were so many great young talents this year.

"It’s been a great season for me. I’ve enjoyed it a lot. I'm happy to have scored so many goals this year and I think I’ve made a step forward in my game."

But he pinpointed the 4-1 win against 2019/20 champions Liverpool as his highlight of the campaign, with the victory City's first at Anfield since 2003.

"We hadn’t won there in so long and I think that just gave us the confidence to push on and go on to win the league," he said.

Foden, who starred in England's 1-0 win over Croatia in their opening match of UEFA Euro 2020 on Sunday, was quick to praise the influence of City manager Pep Guardiola for the development of his game.

"Every day he has so many details to improve every player," he added. "I feel like he’s improved my game massively and I just enjoy working with him every day."

The 21-year-old was one of six England players nominated for the award, along with Dominic Calvert-Lewin, Mason Mount, Marcus Rashford, Declan Rice and Bukayo Saka, and Foden believes this is a special time to be involved with the national team.

"I believe it’s probably one of the strongest England sides that we’ve had for a long time," he added. "So many great players. I feel lucky to be here with them now and share the same team as them."