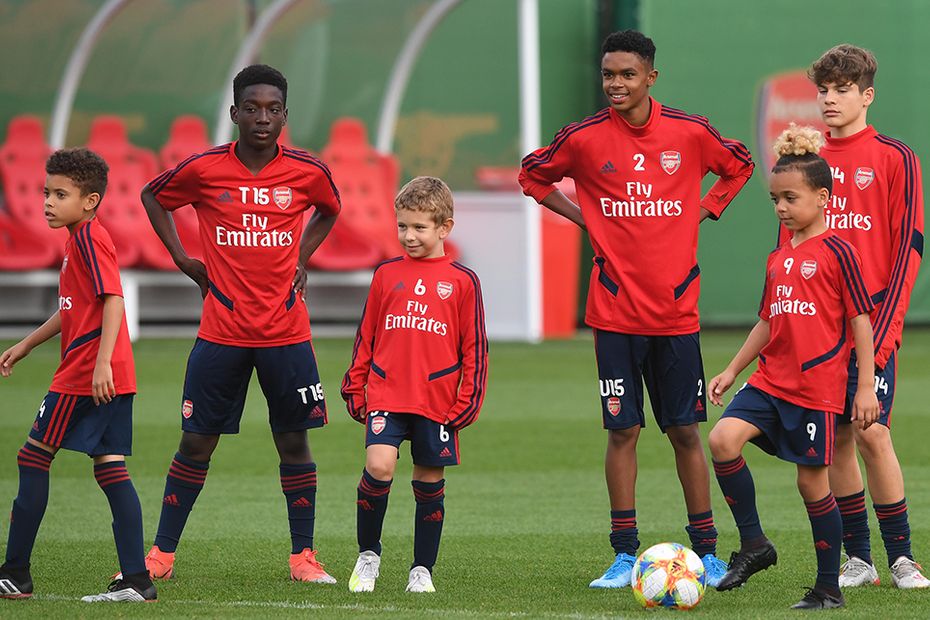 Arsenal empowering Under-9 to Under-23 players to ensure their voices are heard on key issues.

The Players' Leadership Group was launched by the Arsenal Academy four seasons ago as a way of engaging Under-9 to Under-23 players on key issues and to ensure the voices of young people were heard.

Each season, a new set of players is elected to the group, voted in by their peers and staff.

Empowered to share their views and opinions, the group helps to create a more collaborative and youth-led approach to a player’s time in the Academy.

During 2020/21, the group decided to tackle the issue of discrimination and came up with objectives to work on together. This included creating a young person-led protocol for responding to incidents of abuse when they happen on the pitch, as well as a video explaining the need for the protocol.

In spite of the pandemic, four of the young leaders developed and presented their protocol to the club’s Academy Management Team before sharing the idea with the Premier League and The FA.

The League has since adapted the group’s idea and created a protocol for all Academy football, aimed at tackling discrimination and using a young person-led approach.

Arsenal's safeguarding coordinator for men’s football Alex Hepton said: "One of our beliefs at Arsenal is that better people create better players.

"By helping our young people to develop the skills to communicate their thoughts, feelings and beliefs we are supporting them to succeed in football and in life."