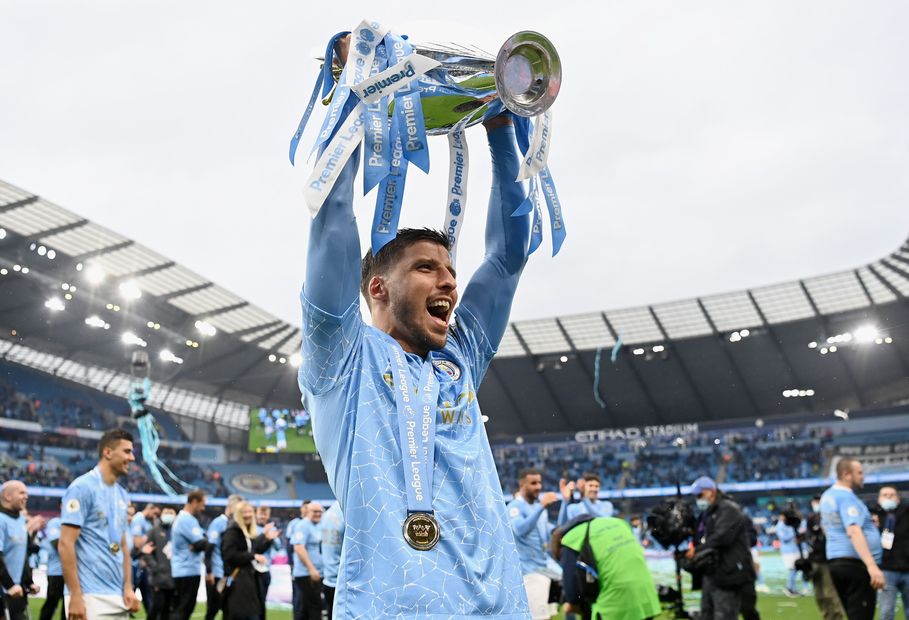 Jamie Carragher says 2020/21 EA SPORTS Player of the Season Ruben Dias has filled the void left by former captain Vincent Kompany after a dream debut campaign at the Etihad Stadium.

The Portuguese centre-back arrived in September 2020 and played a starring role as Manchester City won their first Premier League title since the Belgian defender departed in May 2019.

"I don’t think Man City had really replaced Kompany and haven’t had that leader at the centre of defence," said Carragher, who voted for Dias as part of the Premier League panel whose choices were combined with the public's to determine the winner.

"I think that cost them a lot last season, but they rectified that this season with Dias. Even though he is only young in age, he is old in the way he plays.

"His organisation and the clean-sheet record for Man City this season has been off the scale, and it certainly didn’t look like that at the start of the season when they were conceding lots of goals.

"You think of that game at home to Leicester City where they lost 5-2, and Dias came in after that and it just seemed to have transformed their season."

The former Liverpool defender says the 24-year-old reminds him of himself and other centre-backs who stood out during his 16-year playing career, which ended in 2013 after 508 Premier League appearances, the most of any defender in the competition's history.

“He is a bit of a throwback, to be honest," Carragher added. "He loves defending, loves making blocks."

"Now we see a lot of defenders who want to get on the ball, and he can do that and that’s the way the game is going, but sometimes it is nice to see someone who takes you back to yourself when you were playing.

"How we used to associate defenders 10 or 15 years ago in the Premier League, making sure you’ve got your clean sheets, being very aggressive. He is always side-on, always on the front foot looking to engage with people.

"And because of his age, there is still improvement for him to make. He has made a brilliant start to his Premier League career and I am sure there is more to come."