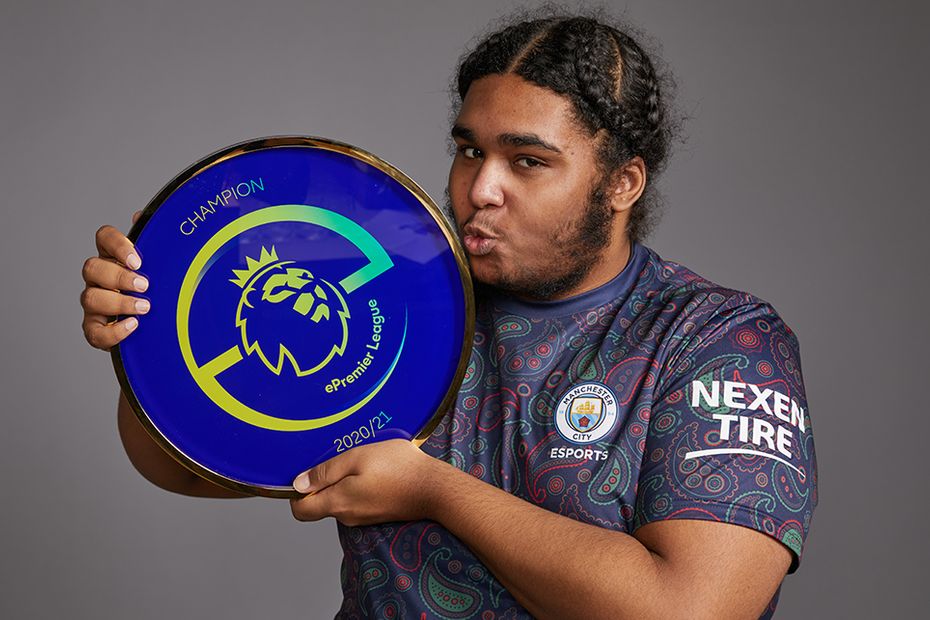 Having narrowly missed out on the live finals in 2018/19, before reaching the quarter-final stage in 2019/20, Shellzz (pictured) displayed impressive nerve to win his first major esports trophy.

He beat ePL newcomer and World No3 Xbox player, Leeds United's Olle 'Ollelito' Arbin, in the grand final on a penalty shoot-out following a 6-6 draw.

"It has been a long ride to get here and I’m so happy to be able to call myself ePremier League champion," he said.

"I have done a lot of work on the mental side of my game and it's paid off."

This year's finals were hosted from the Gfinity Arena in London as gameplay took place remotely for the second season running due to the COVID-19 pandemic.

The tournament's growing popularity was evident, with the finals broadcast live in the UK by Sky Sports, BT Sport and BBC Sport, as well as being shown around the world by 21 of the League’s international licensees.

Fans could also watch on the Premier League's digital channels.

The first international ePL event took place in May, with ePremier League China - in association with our broadcast partner Tencent Sports and lead partner EA SPORTS - bringing together some of the best Chinese gamers alongside hand-picked content creators and influencers on EA SPORTS FIFA Online 4.

All 20 Premier League clubs were represented, with Chelsea victorious.

To coincide with the start of ePL China, the Premier League launched an official channel on video-sharing platform Bilibili, providing fans in the country with a range of long-form video content.

This came after the Premier League was named the No 1 online European league in China for the third successive year in the Red Card report, as well as becoming the most-viewed football account on Douyin, the Chinese version of popular videoled social media platform TikTok.

21 International broadcast partners showed the ePL finals, as well as Sky Sports, BT Sport and BBC Sport in the UK