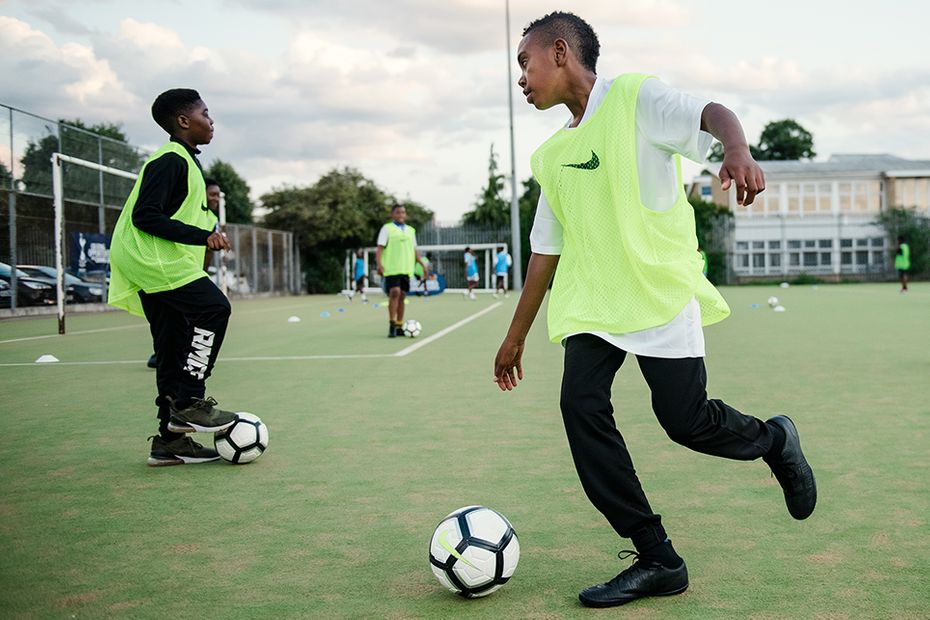 The League's flagship community programme continued to support young people across England and Wales during the pandemic.

The continued community support for young people was more crucial than ever during the pandemic and led to the Premier League and Barclays partnering to fund Premier League Kicks Holiday Camps.

They provided those most in need with nutritious meals and access to positive activities during the Christmas and Easter school holidays.

Burnley FC in the Community (BFCitC) supported its Muslim Premier League Kicks participants throughout Ramadan, providing refreshments to those who had been fasting.

Umar (pictured above), who attends football sessions at Burnley's Leisure Box every Friday, said: "It was a really nice touch that they provided us with refreshments and something we all really appreciate.

"They understood we need longer, extra breaks and haven't pushed us too much during the session."

The Newcastle United Foundation has been running girls-only Kicks sessions to encourage more females to participate and stay engaged in sport and physical activity.

One of the attendees at their weekly sessions is Kacy, who started attending in 2017.

She is now part of a local grassroots club and works with Newcastle United Foundation coaches to help lead Kicks sessions.

"What I really like about the sessions is that you get to communicate with a lot of people and grow bonds," she said.

"I was a bit shy at first but once I got into it, it became more fun and there were more things to learn."