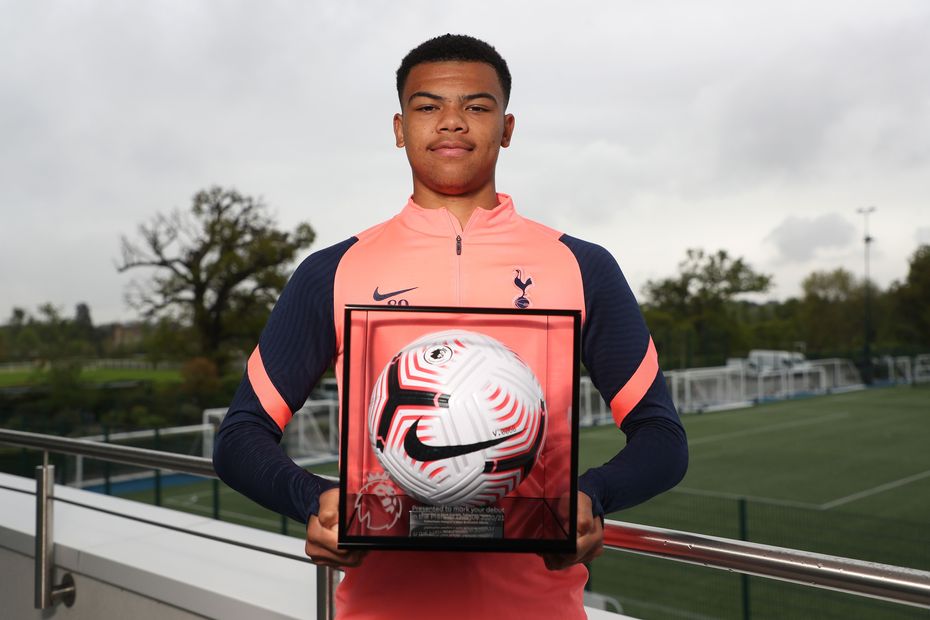 Making his top-flight bow for Tottenham Hotspur at the age of only 16 will live long in the memory of Dane Scarlett.

“My Premier League debut is something that will stick with me because it was a big moment, not just for me but for my family as well," he told Spurs' official website after being presented with his Premier League Debut Ball, given to homegrown debutants to mark their rise to the top flight.

"I’ve just got to keep kicking on and hopefully make some more appearances now.

“It’s clearly been my best season for a while, if not my whole life. In general, it was just a big confidence boost.”

The Spurs forward was handed his first appearance in the competition against West Bromwich Albion on 7 February. He came on as a substitute to replace Son Heung-min and made history in the process, becoming the youngest ever player to feature in a Premier League match for Spurs.

Prior to that Scarlett had already become the club's youngest player in any first-team match when he made his senior debut in a 4-0 UEFA Europa League win over Ludogorets in November 2020 at the age of 16 years and 247 days.

On 24 February he made his second Europa League appearance and became Spurs' youngest player to register an assist in the competition.

It was extra sweet because the Englishman set up his childhood hero Gareth Bale.

After suffering a serious knee injury in November 2019, Scarlett, who is now 17 years old, says his return to fitness and progress into the first-team squad was made easier by the support of his team-mates.

“I believe that if you work hard, you will get your rewards," he said. “We have some brilliant players in the first team, so I continue to look up to them and trust that hopefully my time will come.

"You obviously have to earn the trust and respect of the players and staff when you go up to train at that level but the group has been really good with me – the senior players have put their arms around me and helped me a lot.

“I’m feeling good and I’m ready for my next challenges next season. Pre-season is an important time so I’ll stay focused, try to do the right things and look forward to trying to achieve more next season.”