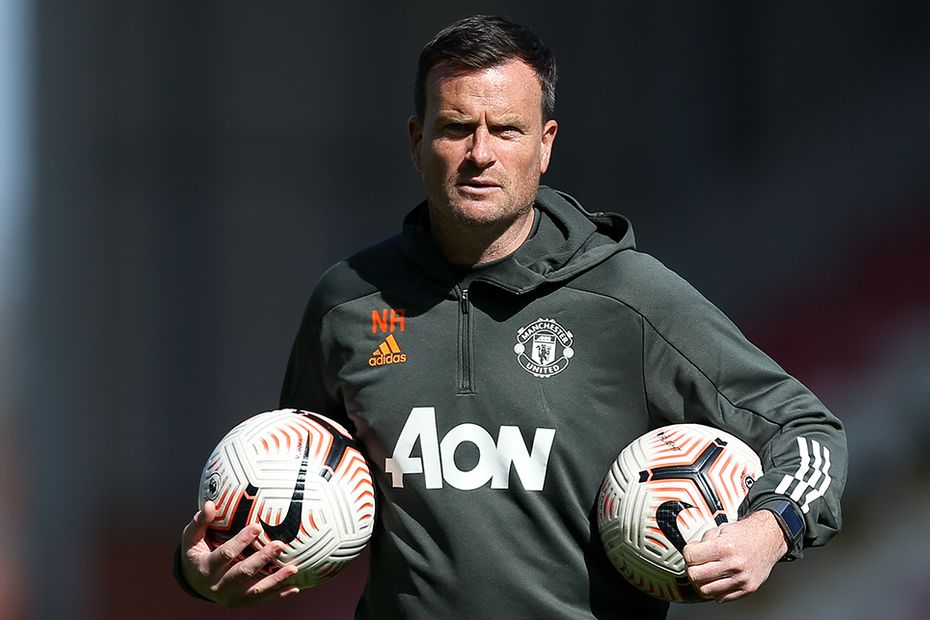 Neil Ryan is in his 18th year as an Academy coach at Manchester United and says the club's commitment to developing coaches equals its proud heritage of producing homegrown players.

The Under-18s manager has coached every age group from Under-11s to Under-19s, working with the likes of Marcus Rashford, Mason Greenwood and Scott McTominay along the way.

Neil explains how the club places great importance on investing in its coaches. This included him being supported through the Premier League’s Elite Coach Apprenticeship Scheme (ECAS) in 2014/15.

"The club has always been a fantastic place for coaches to develop and learn," he reveals.

"I've had great coaches and mentors to learn from and I've had nothing but support in my desire to become a better coach.

"When I have asked for help to improve, such as joining ECAS, they have fully backed me. The programme opened my eyes and it was fascinating to learn how I could improve in terms of management, building relations, presentations and so forth.

"I still apply the skillsets I learned on a regular basis to this day."