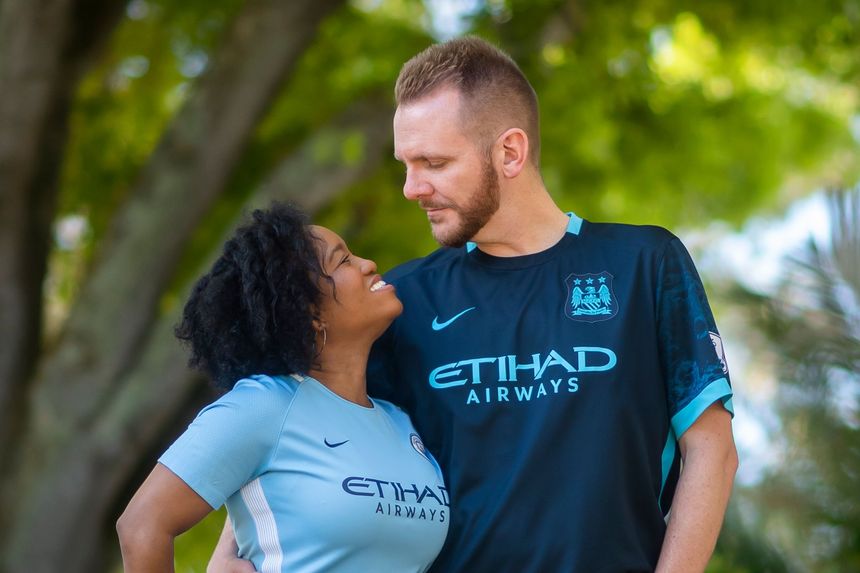 Man City up to second in Premier League Roll of Honour
Miami fans bring the heat to PL Mornings Live
Premier League passion in the US: Fans' stories

Meet Ryan and Debbie, a Tampa couple who share a deep love not only for each other, but for Manchester City, too.

Debbie: "My sister had recently gotten married, and we went to a friend’s wedding last weekend.

"Looking at their photos and getting ideas for our engagement - I thought it would be really cool if one of our outfits were City kits. Ryan didn’t take much convincing.”

Ryan: “It was stressful because we didn’t realize that morning was when City played Everton at 7:30am. In between outfit changes, I was looking at my phone, so I think I made the session take a little bit longer!”

Debbie: “We met online about three years ago. He had a soccer picture on his profile, and he definitely mentioned soccer and Manchester City.

"I picked up pretty quickly it was something he was passionate about. I’ve always been a soccer fan, watching MLS, the World Cup, and I’d watch the Premier League, too.

"Meeting Ryan is when I got really into an actual Premier League team as opposed to just watching soccer in general.”

Ryan: “I definitely didn’t give her an ultimatum or anything, but I did strongly encourage her to avoid a few certain teams.

"Luckily, soon after we met, City were in Miami for a fan event, and we had an opportunity to catch a practice and meet the players and go to their game against Bayern Munich, where she got to see what City supporters were like.”

"Us sharing this makes for great quality time, and we have developed our own little traditions as a couple for games in the mornings. Being new to City, it’s been great watching the last few years with Ryan.”

Ryan: “It’s been fun to share together. I try to make sure to set the alarms, watch the line-ups, watch Premier League Mornings. She doesn’t need that part though, I’ll let her sleep in a bit.

“This year has been a pretty special year to celebrate - adding the title to all the other things we’re celebrating in our personal lives!”