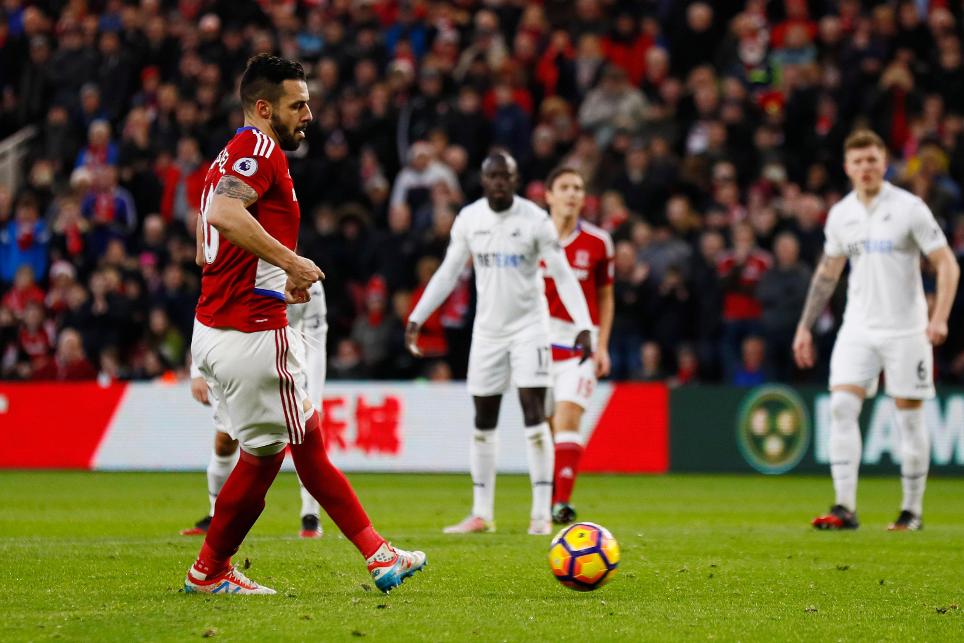 He doubled the lead from the penalty spot 11 minutes later after Jordi Amat’s foul on Adam Forshaw.

Marten de Roon’s goal just before the hour ended hopes of a comeback by Swansea, who had only two shots on target.

The result lifts Boro to 14th, six points ahead of Swansea who are second from bottom.