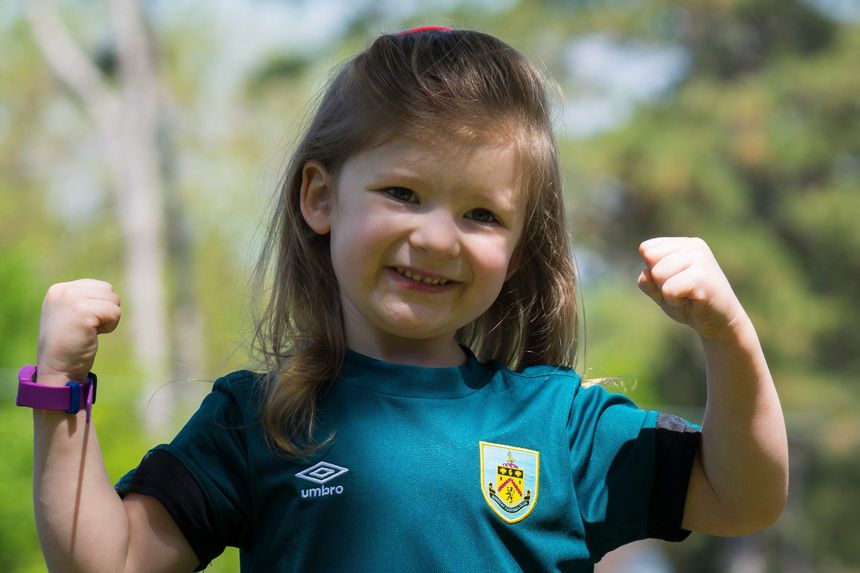 Meet Luna, a four-year-old die-hard Burnley fan from Omaha, whose family has deep roots with the Clarets.

Luna's dad, Dan: "Luna is four years old. She was born in 2017 in Omaha, but I was born in Burnley and spent the first 26 years of my life there.

"When I was five I went to my first game, and my dad used to take me almost every weekend because my great-grandma lived two blocks away from Turf Moor.

"We'd go to the game, and then go back to her house and it'd be a family tea and we'd have a pie.

"Growing up in England, football would always be a staple - it was an every week thing as a family. Even now when I call my grandpa, it's always about Burnley.

"When Luna was born, we had a couple of Burnley onesies sent over that she would wear. During the games, she'd be sleeping in her crib or on a play mat with us, but she's always been waking up at six in the morning.

"She wakes up bright and early, she knows when Burnley are gonna play.

"Luna's very engaged most of the time, especially when we’re scoring goals - she gets so excited. She'll sit with us the whole game and cheer when I cheer.

"We went over to Burnley the year she was born, and she got to meet my family, and we all got tickets to see them play Liverpool, so she's been to the field, as well.

"When NBC got the Premier League rights here I suddenly had access to every game, it was amazing.

"I'd never really been a big Twitter user or social media person, but when they started doing the #MyPLMorning stuff, we started posting pictures of Luna and it got quite the reception.

"It kind of became a family tradition during match days when we'd come out here and have a picture session with my Burnley ball or sign, and it's become a kind of online scrapbook for us.

"We've got all these pictures of Luna, and I can watch her through the weeks with all our Burnley stuff.

"When I moved here, I didn't make many friends - I didn't really know many people. So having this football connection and with other people, it's been a really valuable thing to have."