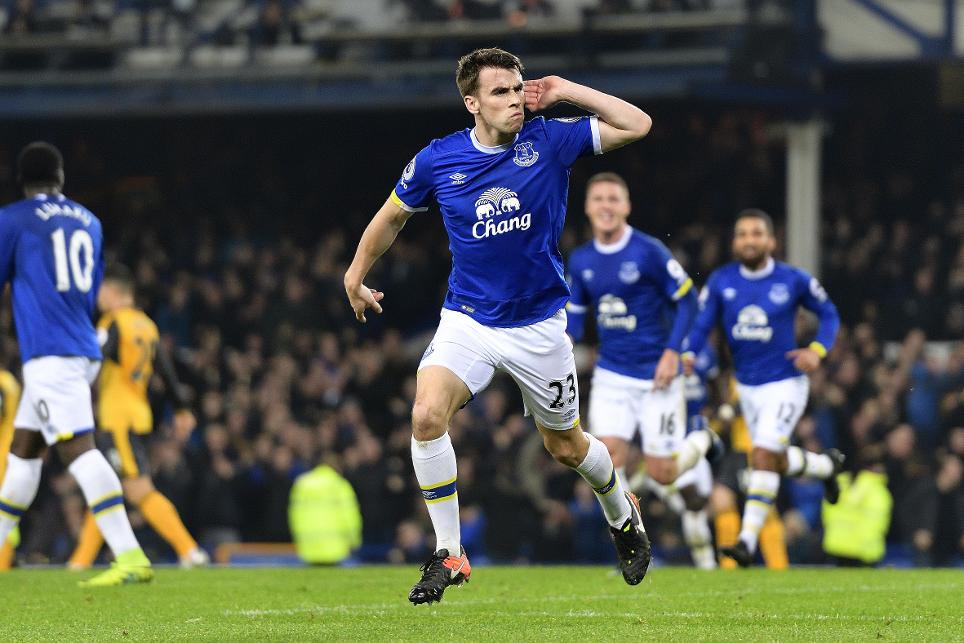 No FPL defender boasts more goals than Seamus Coleman, who was assisted by a fellow Everton defender against Arsenal

The Toffees centre-back scored 31 in the Bonus Points System (BPS) thanks to his contribution at both ends of the pitch.

Ross Barkley (£7.0m) scored 23 in the BPS to collect the remaining bonus point.

Supplying the cross for Williams's winner, the playmaker also completed three dribbles and weighed in with eight recoveries and two successful tackles.

However, Barkley suffered BPS penalties having been tackled himself on seven occasions.

Arsenal's Alexis Sanchez (£11.8m) also missed out on bonus points despite opening the scoring for the visitors. He was tackled six times and missed the target with one effort on goal.

Sanchez did, however, top the ICT Index with a score of 12.0.

Producing 13 touches in the Everton penalty area, the Chilean opened the scoring with one of two attempts on goal.

He also created three chances and completed 20 passes in the final third, more than any other player in the match.

Barkley clinched second spot with an Index score of 11.0 He fired one of his three goal attempts on target and created three opportunities, registering as many successful crosses from open play.

Baines’s assist was his second of the campaign and, as Everton’s designated penalty taker, he could yet emerge as a transfer target.

However, a lack of clean sheets has undermined the potential of both full-backs; Everton have conceded in all but one of the last 12 Gameweeks.

For Arsenal, Sanchez extended his lead at the top of the FPL standings with a 12th goal of the campaign, only one less than his tally for 2015/16.

With 6️⃣ goals and 2️⃣ assists in the last 4️⃣ #FPL Gameweeks, no wonder @Alexis_Sanchez is on the rise... pic.twitter.com/augaBnABM9

Theo Walcott (£7.9m) and Alex Oxlade-Chamberlain (£5.8m) retained roles out wide but their second-half withdrawals meant that Sanchez shifted to the flank to make room for Olivier Giroud (£8.6m) up front.

In defence, Gabriel (£4.8m) came in for the injured Shkodran Mustafi (£6.0m), allowing the fit-again Hector Bellerin (£6.4m) to return at right-back for a first start since Gameweek 11.

The Gunners missed Mustafi’s presence; they had conceded more than a single goal in a match in only one of the previous 12 Gameweeks with him playing.