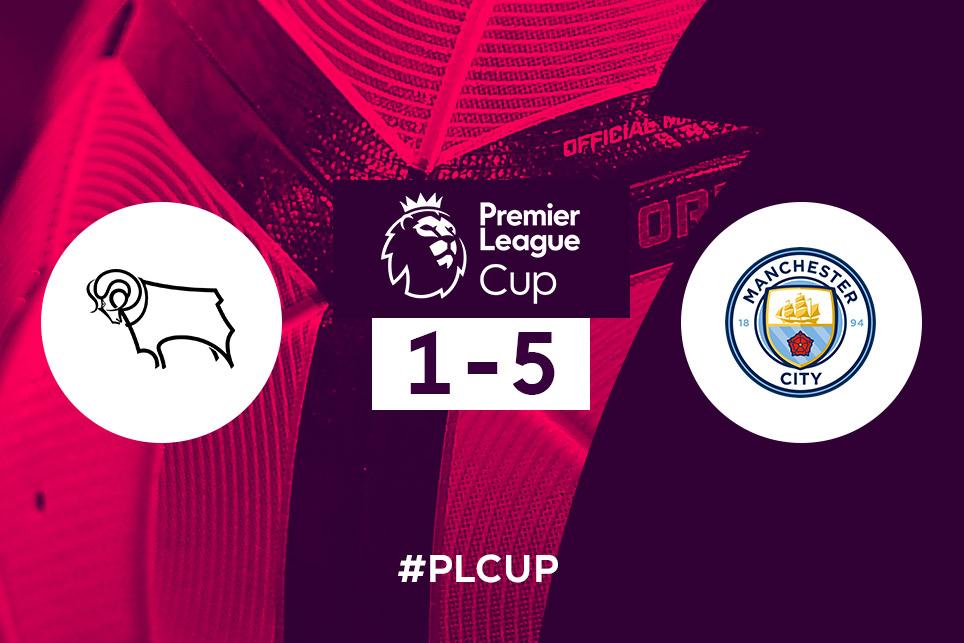 Isaac Buckley-Ricketts hit a hat-trick as Manchester City earned their first win of this season's Premier League Cup with a thumping 5-1 defeat of Derby County at the iPro Stadium.

The winger scored City's second, third and fifth goals while Joe Hardy opened the scoring and Brahim Diaz curled in the fourth.

Charles Vernam hit Derby's consolation, his 10th goal of the season, as the result enabled City to leapfrog the Rams into third place in the four-team table.

City are a point behind their next opponents Colchester United and three behind leaders Hull City, but with a match in hand.

REPORT: Read our account of tonight's #PLCup meeting as #DCFCU23s fell to defeat to a clinical @ManCity outfit: https://t.co/JeYpaJiNLR 📝 pic.twitter.com/AbmTU2uxj4

A great night for @IsaacBuckley1 as #mcfc get their first victory in this year's #PLCup!

Derby's next match is away to Arsenal in Premier League 2 Division 1 at the Gunners training centre at lunchtime on Friday, 6 January, while City have a derby at Manchester United the following Monday evening.