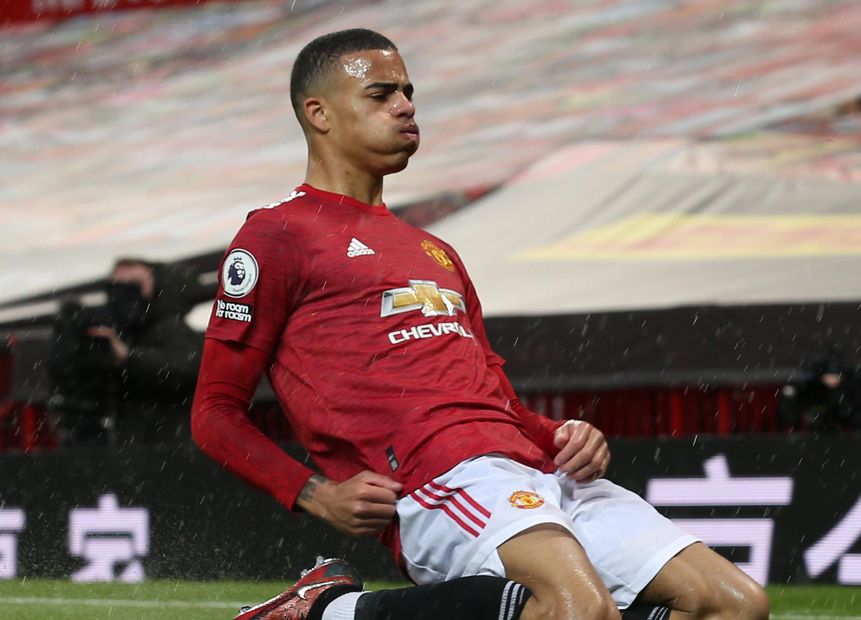 The teenager was the only player to retain his place from the XI that faced Aston Villa on Sunday.

And he rewarded his 9.9 per cent ownership by scoring for the second match in a row, against Leicester City.

Greenwood is currently the top-scoring player in the Gameweek on 18 points.

His backers will be hoping his form earns him another start at home against Liverpool on Thursday.

He has scored six goals and supplied an assist in his last six appearances.

Owners of Bruno Fernandes (£11.5m) were left frustrated after he was benched for only the second time this term.

The overwhelming favourite for the captaincy, he was handed the armband by over 2.24 million managers for his three fixtures.

However, after being handed just 12 minutes as a substitute against Leicester, Fernandes now looks near-certain to return to the Red Devils’ starting XI against Liverpool.

For Leicester, Marc Albrighton (£5.2m) has proved the unlikely hero of Double Gameweek 35.

The winger added to his goal against Newcastle United by providing the assist as Caglar Soyuncu (£5.3m) headed in the winner at Old Trafford.

Owned by a mere 0.1 per cent, Albrighton has totalled 15 points over his two appearances.

Meanwhile, Leicester's upcoming schedule has made a big impact on the plans of managers in Fantasy.

They have a Blank Gameweek 36 before facing Chelsea and Tottenham Hotspur in their final two fixtures.

Along with Fernandes, they are among the three most-sold players in the Gameweek, being moved on by 92,000+ and 66,000+ managers respectively.

The striker, who had missed Saints’ previous two matches through injury, scored twice to claim his season-high haul of 13 points.

Owned by just 5.7 per cent, Ings could prove a handy differential ahead of successive home matches against Fulham and Leeds United.

He has four goals, an assist and 32 points in his last four outings.

Che Adams (£5.7m) offers a cheaper route into the Southampton attack. He matched his best score of the campaign on Tuesday, earning 11 points thanks to a goal and an assist.

Meanwhile, Palace’s Christian Benteke (£5.5m) is currently the top-scoring forward in the Gameweek on 15 points.

The Belgian’s early opener against Saints followed his weekend strike against Sheffield United. It is the first time this term he has netted in back-to-back matches.

Benteke now has a home fixture against his former side Aston Villa, who are without a clean sheet in their last eight matches.