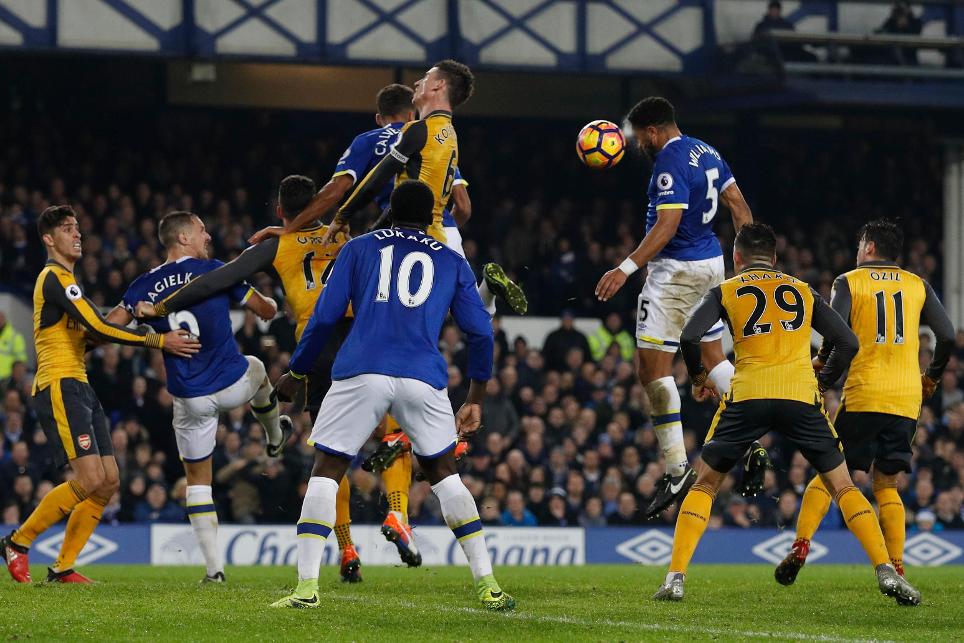 Ashley Williams scored his first goal for Everton to give his side a late victory over Arsenal at Goodison Park.

Everton went behind on 20 minutes when Alexis Sanchez's free-kick deflected off Williams and into the net.

The home side rallied and restored parity just before the break through Seamus Coleman's glancing header from Leighton Baines' cross.

😀 | @RonaldKoeman was a happy man after today's superb win. Hear from him now... pic.twitter.com/dVSBBrkzNl

Everton forward Dominic Calvert-Lewin came on for his Premier League debut and Ronald Koeman's men took the lead with four minutes to go when Williams headed past Petr Cech from a corner.

In a frantic finish, Jagielka was sent off for a second yellow card while Alex Iwobi had a shot cleared off the line as Arsenal suffered their first league defeat since the opening day of the season.