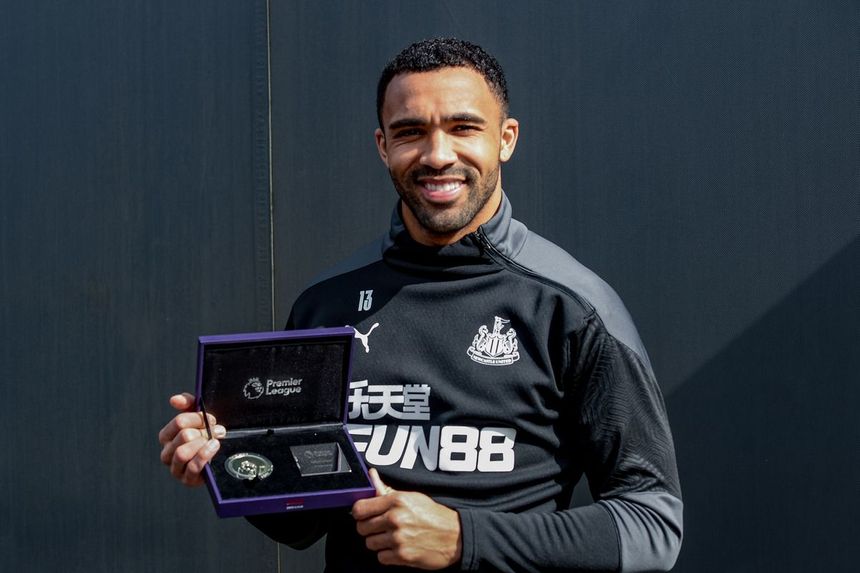 After receiving his Milestone Award for reaching 50 Premier League goals, Newcastle United striker Callum Wilson has already set his sights on getting to a century.

Wilson will have to wait until next season to add to his current tally of 53, given he will miss the last three matches of 2020/21 through injury.

But the 29-year-old wants to emulate Jamie Vardy by going from non-league football to scoring 100 times in the top flight.

"The aim now is to try and get to 100 before I finish my career," he told Newcastle's official website after being presented with the award by the League and Coca-Cola.

"I always want more. I'm always trying to achieve more and better myself and now it's about trying to get another 47 goals to get to the 100 Club."

Wilson, who scored 41 of his PL goals for AFC Bournemouth, admits he did not expect to ever achieve a half-century in the competition.

"Having played in non-league, the Premier League seemed such a long way away and to ultimately get 50-plus goals in that league is an honour really," he said. "Now the key is trying to build on that.