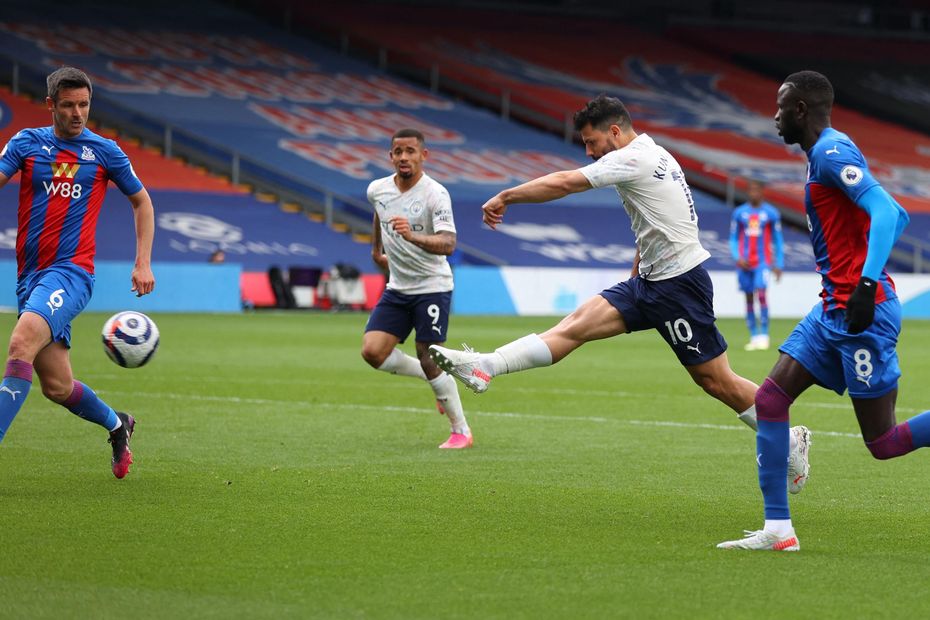 Sergio Aguero reacts to his goalscoring return External Link
Hargreaves: Aguero is so chilled and humble
Nominees to join Hall of Fame in 2021

Sergio Aguero's superb strike in Manchester City's 2-0 win at Crystal Palace edged the forward closer to a Premier League record for the most goals scored with one club.

The Argentinian's 182nd goal for Man City in the competition moved him one behind Wayne Rooney's total with Manchester United.

If he does surpass the mark in his final four PL matches before leaving the club in the summer, Karen Carney, the former England Women's player, says it would be deserved.

Most PL goals for one club

"I wonder now, get the title done, get the Champions League and then give him a run-in that he could potentially break that record," Carney said before the victory that moved City within three points of a fifth PL title. "He would deserve that because ... he's been fantastic."

Aguero could break the record in home fixtures against Chelsea and Everton as well as trips to Newcastle United and Brighton & Hove Albion before he leaves for pastures new.