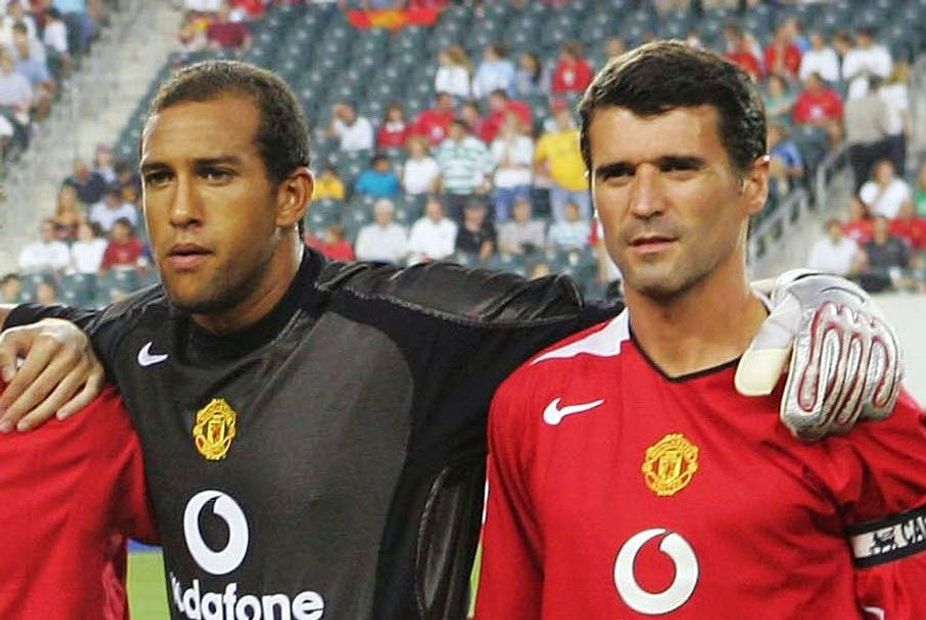 For NBC Sports pundits Tim Howard and Danny Higginbotham, it was a real challenge to pick just six players each from the star-studded 23-man shortlist for the Premier League Hall of Fame.

But they agreed that one of them should be Roy Keane, and their inspirational former captain and team-mate at Manchester United has now been inducted into the Hall of Fame after being one of the six to receive the most combined votes from fans and the Premier League panel.

See: Keane voted into the Premier League Hall of Fame

"He was the greatest leader I've ever been around," says Howard. "He was so singularly focused on winning. He didn't care about the money, the glitz and the glamour. He didn't have an agent.

"Watching him go to a place mentally prior to a game was one of the scariest things I've ever seen.

"He's the scariest individual I've probably ever been around, but the greatest leader I've ever seen in sports."

Rebecca Lowe, @timhowardgk and @higginbotham05 dive even deeper in into the #PLHallOfFame discussion 👇

Higginbotham also knows from experience just how much Keane wanted to win, and how much he demanded from his team-mates.

"I made my debut against Leicester City," he recalls. "The first challenge I went into was against Emile Heskey, the star man for Leicester City at the time. I was really happy with myself.

"I passed the ball and Roy Keane was just looking at me with a stare. He just looked at me and went, 'That was your chance to make a mark on Emile Heskey and let him know you're in the game.'

"That's how everybody looks at Roy Keane. But if you speak to any of his team-mates they'll tell you he was one of the best passers of the ball as well.

"I saw him so many times as a United player drag that team. He would grab the team and grab the game by the scruff of the neck and just lead it in United's direction."

Howard and Higginbotham each picked five other players who they felt merited a place in the Premier League Hall of Fame.

David Beckham: "The best free-kick taker we've seen in the Premier League. Just a special type of winger. He also became a rockstar. Yet he never lost that talent on the field, that drive to win titles, to be the best."

Rio Ferdinand: "He would tell me, 'You never see my shorts dirty.' He didn't need to tackle. He was never in the wrong position, he had enough speed to recover when he got beaten. Watching him was like poetry in motion."

Steven Gerrard: "One of my biggest nemeses. He made a meal out of me every time we played them, Everton v Liverpool. He was so loyal to that team and every time he pulled that shirt on, it meant something to him."

John Terry: "He could head it. He could kick it. You couldn't get by him. You could trust him. We talk about Virgil van Dijk now, this was the original. He had everything."

Patrick Vieira: "He had grit - he could tackle - but he had the flair and the arrogance and the brilliance."

Eric Cantona: "What he did at Manchester United, he was the final piece in the jigsaw. I think the younger players looked at him and said, 'He's our man. If he's on the pitch, everything’s going to be all right.' "

Ashley Cole: "The best left-back at the time in the world. He really redefined the left-back role. He would drive whoever was playing against him [back], to make them defend."

Steven Gerrard: "He was a Rolls Royce of a footballer. He made everything look so easy. He did for Liverpool what Roy Keane did for Manchester United. He was exquisite in everything he did."

Paul Scholes: "He would do things that you would think about 15 seconds later. [At Stoke City] we made the pitch as small as possible. But when Paul Scholes came and played against us, he would make the pitch look like it was Wembley."

Patrick Vieira: "Absolute powerhouse. Few and far between you see all-round midfielders who can score goals but also help the team defensively."