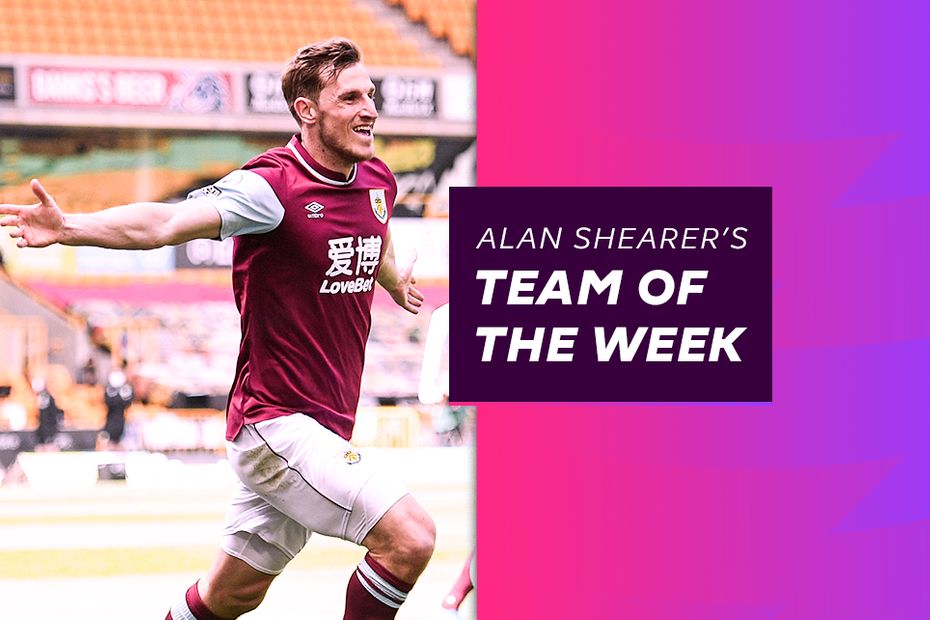 Burnley returned to winning ways in style as they stormed to victory at Wolverhampton Wanderers on Sunday and striker Chris Wood's first Premier League hat-trick was key to their success.

Alan Shearer, who on Monday was announced as an inaugural inductee into the Premier League Hall of Fame, was impressed with his performance and the qualities Wood displayed to score the goals which earned the New Zealander a place in his Team of the Week.

Agree with these picks? pic.twitter.com/R9DPUimm1V

Martin Dubravka (NEW) LIV 1-1 NEW
"Made a lot of crucial saves to keep Newcastle United in the match and give them a chance of grabbing something at the end."

Andreas Christensen (CHE) WHU 0-1 CHE
"Solid in everything he did. Thomas Tuchel is spoilt for choice at centre-back."

Pascal Struijk (LEE) LEE 0-0 MUN
"He was solid and reliable and his passing was superb as Leeds United picked up another point against one of the big boys."

Ben Chilwell (CHE) WHU 0-1 CHE
"He showed great vision to pick out Timo Werner for the decisive goal, while also playing his part in the clean sheet."

Kalvin Phillips (LEE) LEE 0-0 MUN
"A really energetic display. Leeds' midfield was far more robust than in their 6-2 defeat in the reverse fixture."

Mason Mount (CHE) WHU 0-1 CHE
"Surely the first name on the teamsheet at Chelsea. He is a big-match player."

Dwight McNeil (BUR) WOL 0-4 BUR
"A magnificent performance that had everything as he set up two of Burnley's goals."

Chris Wood (BUR) WOL 0-4 BUR
"He scored a great hat-trick which showed off many of his qualities - his finishing ability, his knack for being in the most dangerous areas and his aerial prowess."

Kelechi Iheanacho (LEI) LEI 2-1 CRY
"He is in the form of his life after his latest goal and assist. And what a goal it was!"

Allan Saint-Maximin (NEW) LIV 1-1 NEW
"Liverpool couldn't handle him. Every time Newcastle got the ball, it looked like he could hurt them."

Manager: Sean Dyche (BUR) WOL 0-4 BUR
"That win should be enough to keep Burnley up. Dyche continues to do a superb job."