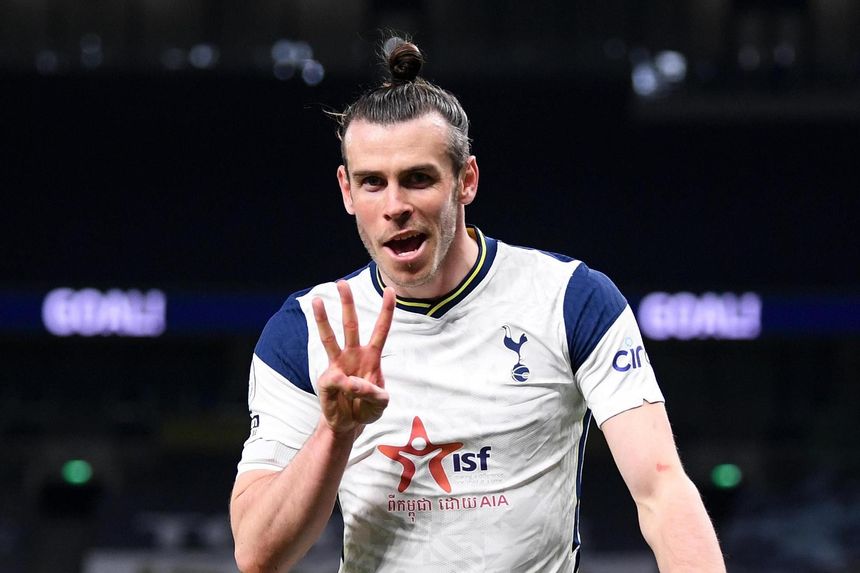 Gareth joins our 50-goal club in the Premier League External Link
Sanderson: Bale is steps ahead of other players
Nominees to join Hall of Fame in 2021

Collecting the match ball at full-time, the Spurs winger had extra reason to celebrate as he joined an exclusive group of Welshmen who have scored 50 PL goals.

Indeed, Bale is the first of his countrymen for 15 years to reach that milestone.

For more on this and other must-know facts from the 34th round of matches, read below. To see the reports and key data, click on the results.

James Ward-Prowse has been directly involved in 14 PL goals this season, with eight strikes and six assists. It is the most by a Southampton midfielder in a single campaign since the 19 goals of Dusan Tadic in 2015/16.

Sergio Aguero is the 12th player to have scored in 30 different PL stadiums, while he has now struck at eight different London grounds, behind Wayne Rooney and Nicolas Anelka's nine.

Eighty-seven per cent of Pascal Gross’s 15 PL goals have come at home, the third-highest ratio behind David Wetherall (93 per cent) and Gary Penrice (88 per cent) among players with at least 15 goals.

Thomas Tuchel has overseen 11 clean sheets, more than any other manager from their first 15 PL matches, overtaking the 10 of Jose Mourinho and Luiz Felipe Scolari.

Aston Villa's eight PL away wins is their best total in a single campaign since 2009/10, when they won nine times on the road. Meanwhile, Everton have lost eight times at Goodison Park this term. Only in 1993/94 have they lost more in a PL season, losing nine times.

Pierre-Emerick Aubameyang has scored in his last five appearances against Newcastle United in all competitions. He is the first Arsenal player to net in five consecutive matches versus an opponent since Olivier Giroud scored in six successive outings against Aston Villa between 2013 and 2016.

Gareth Bale became the sixth Welshman to score 50 PL goals, and the first since Craig Bellamy reached this milestone in December 2006.

Fabio Silva, with four goals, has overtaken Ricardo Vaz Te to become the second highest-scoring Portuguese teenager in PL history, with only Cristiano Ronaldo (eight) netting more in the competition before turning 20.