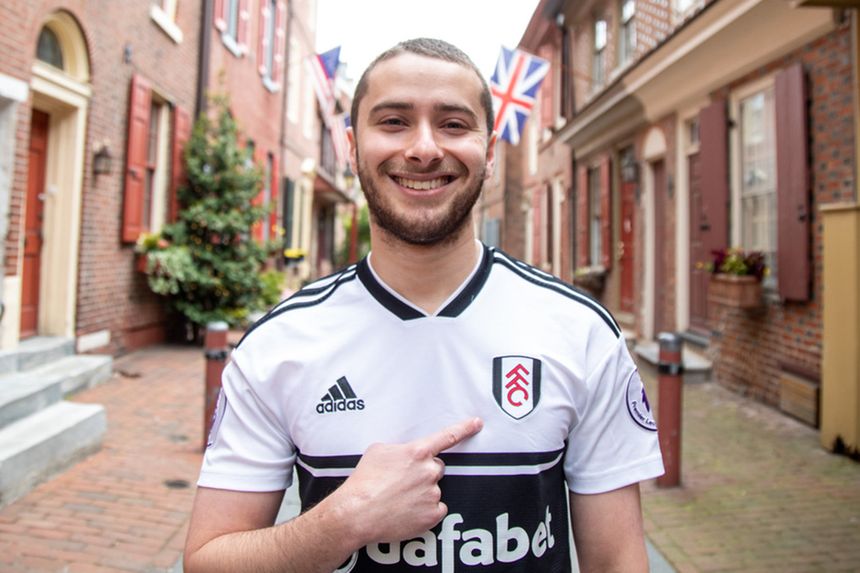 Robinson the latest US star to represent 'Fulhamerica'
Matchweek 33: Where to watch on NBC Sports
Premier League passion in the US: Rafael's story

Meet Max, a college student in Philadelphia who found a small slice of America at Fulham.

“Fulham is a club that seems to have this uncanny connection with Americans and American players, and I love that. It was really important for me when I was a fish outside of my own pond, an American kid living in London.

"I moved to London with my family in August 2010, and as an American kid going to British schools, I was looking for a team - one I could kind of see myself in, and Fulham was that for me.

"They had the best American at the time - Clint Dempsey - but the historic nature of Craven Cottage, the wooden seats in that stadium, all of it was amazing.

"They felt like a real family club and not one of the glory hunters. Not a club that would win a trophy every year, and you really felt like you were part of a community.

"Luckily enough, we got season tickets at Craven Cottage and I was fortunate enough to go to almost all the home and away matches during their Premier League heyday until I moved back to the US in 2013.

"I saw Dempsey score the first hat-trick by an American in the Premier League, and watched him net all types of goals all season. That was when he stood out as one of the best players in the entire division. He transcended just being a good American player.

"I remember beating Arsenal that same season with a last-minute Bobby Zamora goal and I got to see the debut of Dimitar Berbatov when he scored twice against West Bromwich Albion in 2012/13.

"I can understand both experiences having been a fan in London and in the States. Here, you have to get up at 7 in the morning, you might be the only Fulham fan in your town, and you might think no one here even knows Fulham or cares, but you still have that Fulham community.

"Being in the stands as an American, at first I got some looks when they hear your accent, but as soon as you start chanting, as soon as the fellow fans see you know your stuff, you're all part of one big family.

"I think one thing British people might think of American fans is that we’re automatically looking for glory or just the team who’s the best. But I think with the American Fulham contingent, that’s simply not true.

"American fans really want authenticity, and it’s the community that they want.

"The Fulhamerica connection will always be strong, because even though we’re smaller than the likes of Chelsea, Manchester United and Liverpool, we are so tight-knit because we share that connection with our country and the strong history of American players.”