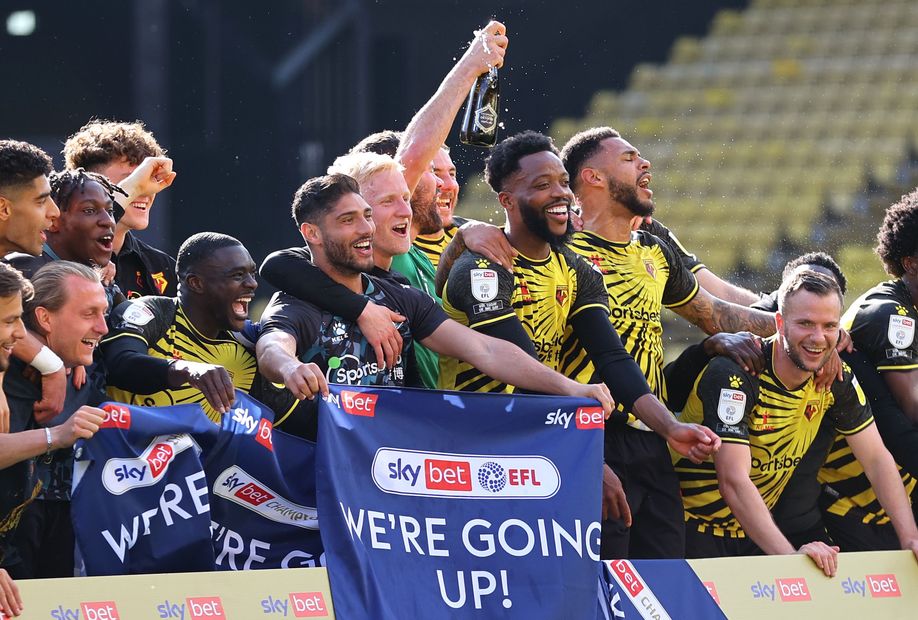 Watford have secured automatic promotion to the Premier League for the 2021/22 season after a one-year absence.

Xisco Munoz's side made sure of a top-two spot with a 1-0 home victory over Millwall, thanks to Ismaila Sarr's 11th-minute penalty.

It is a first-time return to the top flight for the Hornets, having been relegated in 2019/20.

Watford will join Norwich City in the 2021/22 Premier League after the Canaries secured their own immediate return last week.

It is the first time since 2009/10 that two relegated sides have sealed automatic promotion the next season.

Who will join Watford and Norwich?

The clubs who finish third to sixth in the Championship - currently Brentford, AFC Bournemouth, Barnsley and Swansea City - will compete in the playoffs to determine the third promoted club.