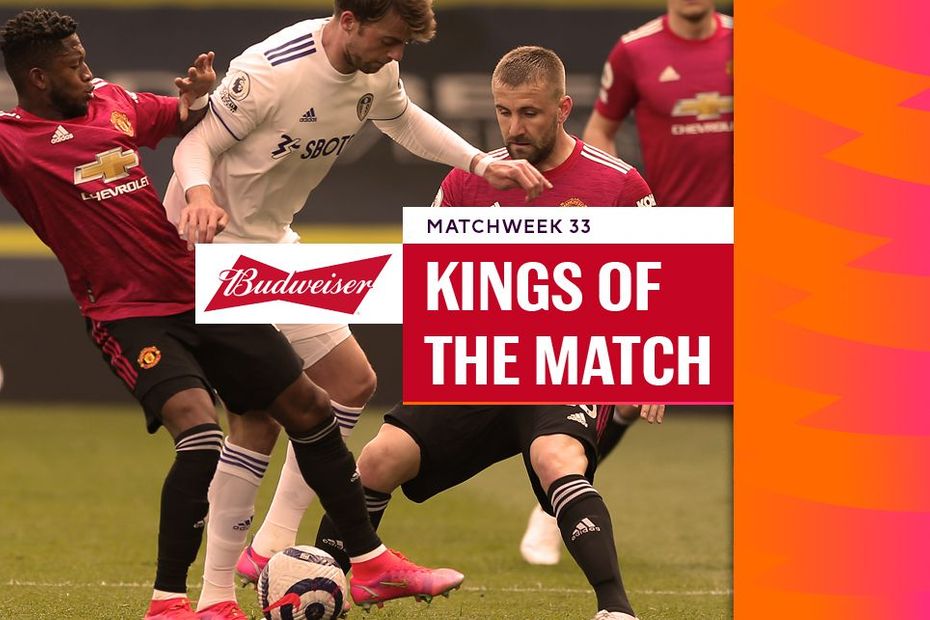 See which players earned the backing of supporters, including Luke Shaw and Kelechi Iheanacho

Supporters voted in their thousands to crown their Budweiser Kings of the Match in Matchweek 33.

The Brazilian was a threat throughout and it was his low cross that forced the own goal which earned Everton their first win at Arsenal since 1996.

Chilwell's pinpoint cross allowed Timo Werner to score the only goal as Chelsea strengthened their grip on fourth with victory at fifth-placed West Ham United.

The striker scored his seventh Premier League goal of the season, securing the backing of 48 per cent of voters.

The Burnley striker scored a hat-trick and provided the assist for the Clarets' fourth goal against Wolverhampton Wanderers to take 86.9 per cent of the vote.

The Manchester United defender helped his side to a clean sheet at Elland Road, extending the Red Devils' unbeaten run to 13 league matches.

A constant threat to Aston Villa's defence, the West Bromwich Albion forward scored a penalty to earn 35.9 per cent of the vote.

An overwhelming 87.5 per cent voted for the Leicester City striker who provided an assist for Timothy Castagne's equaliser and netted an unstoppable winner.