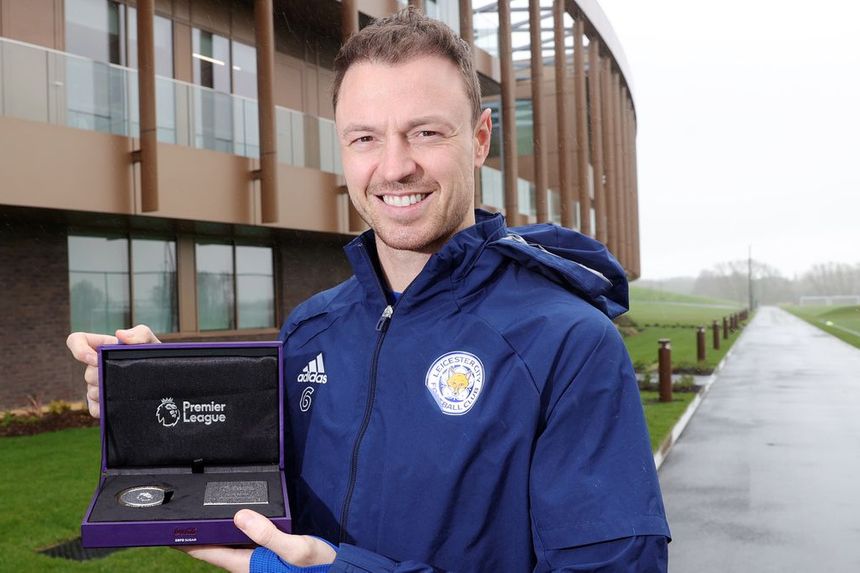 When it comes to experiencing the highs and lows of the Premier League Jonny Evans has seen more than most, having won three titles with Manchester United before being relegated with West Bromwich Albion.

Now enjoying a push for European football with Leicester City for the second successive season, the centre-back has surpassed 300 PL appearances this term and earned a Milestone Award, presented by the League and Coca-Cola.

"I didn't realise I had that many games, to be honest," said Evans. "When I was made aware of it, that I was coming close to it, I was pleased to get that milestone."

Although the landmark match was a 1-0 defeat by Aston Villa, courtesy of Ross Barkley's late goal, Evans says some of his own standout moments have come in similar fashion.

"One of my favourite memories was probably when I won my first Premier League title," said the 33-year-old. "I think we played Arsenal. It was a dull game, but it was the first day we'd clinched the title.

"Scoring against Stoke in the last minute, that was nice. To score as a defender is not easy but I scored a last-minute winner to make it 2-1.

"I [also] loved Burnley away, when Wes Morgan scored a last-minute winner.

"And they're the sort of ones that stick out in your mind.

"Probably not what most people would think, but they're the ones that probably mean the most to me."