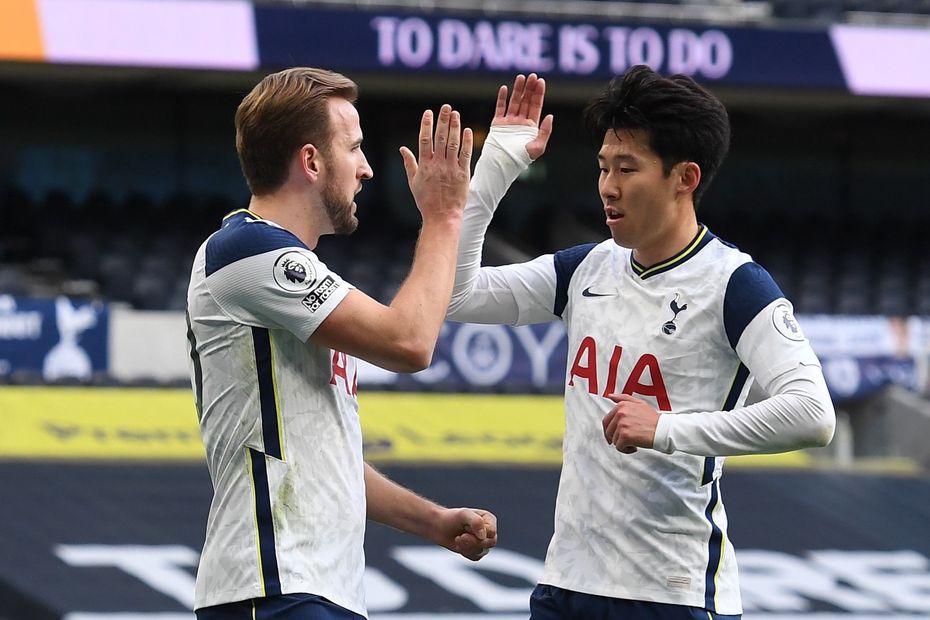 'I really want to finish well this season' - Sonny speaks from the heart External Link
FPL experts: What to do with Fernandes and captaincy?
FPL Gameweek 32 Kings to watch

Spurs are the only side who play twice in this round of fixtures, visiting Everton before entertaining Southampton.

Their meeting with Saints looks particularly appealing for Kane and Son.

The pair produced their season-high hauls of 21 and 24 points respectively in their previous meeting with Ralph Hasenhuttl’s men, a 5-2 win in Gameweek 2.

Southampton have also been in poor defensive form recently, conceding 12 goals in their last four matches.

Of the Spurs duo, Kane has been the more reliable for returns. He has blanked in only 11 Gameweek appearances, while Son has done so on 16 occasions.

But Son has been more explosive this season, claiming nine double-figure hauls compared with the seven of Kane.

Over their respective last four matches, Kane has the edge for goal threat.

Nonetheless, it is worth noting that Son bettered him by four shots in the penalty area to one against Manchester United last weekend, with Kane also failing to create a single chance in his last four matches.

Managers who are brave enough to look beyond the Spurs pair must pinpoint players with the form and fixtures to potentially outscore them.

Leicester City frontman Kelechi Iheanacho (£6.0m) is at home against West Brom, having produced seven goals and 50 points in his last five matches.

Arsenal’s Alexandre Lacazette (£8.3m) has five goals and 43 points over his last six matches and has a home fixture versus Fulham.

Premium big-hitters Bruno Fernandes (£11.6m) and Mohamed Salah (£12.5m) can never be ruled out either.

Fernandes’ 11 double-figure hauls in 2020/21 are more than any other player in Fantasy ahead of Man Utd's home match against Burnley.

And Liverpool’s Salah produced his season-high haul of 20 points against his Gameweek 32 hosts Leeds United back in Gameweek 1.

Part 2: Who to captain in GW32? What the experts say