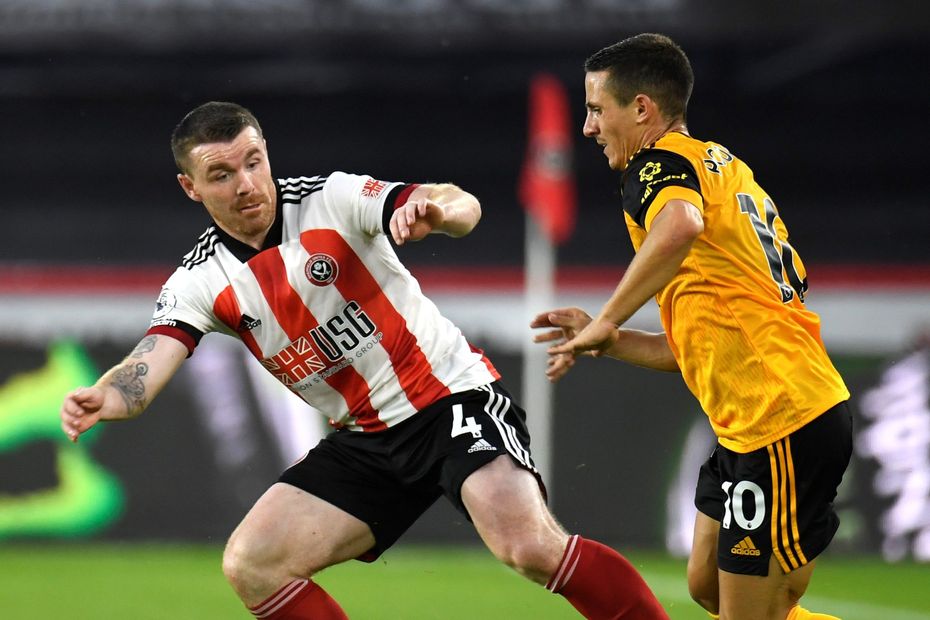 Lying 18 points from safety and with only 21 points available in their final seven matches, Sheffield United will be relegated if they do not win.

Wolverhampton Wanderers will have Willy Boly back in contention but Ruben Neves (self-isolating) is absent.

Pedro Neto and Jonny (both knee) are ruled out.

Sheff Utd strikers Oli McBurnie (metatarsal) and Billy Sharp (thigh) have been ruled out for the rest of the season.

Sander Berge (thigh) is still not ready to return.

After a run of 35 Premier League matches without a goal or assist, Wolves’ Adama Traore has either scored or assisted in his last two appearances.

Since their return to the Premier League in 2018, Wolves have scored five winning goals in the 90th minute or later, second only to Liverpool's seven.

Sheff Utd have scored a league-low 17 goals this season but have an expected goals (xG) total of 28.2, meaning they’ve scored roughly 11 goals fewer than expected. Only Fulham (12) have a bigger such difference this term.