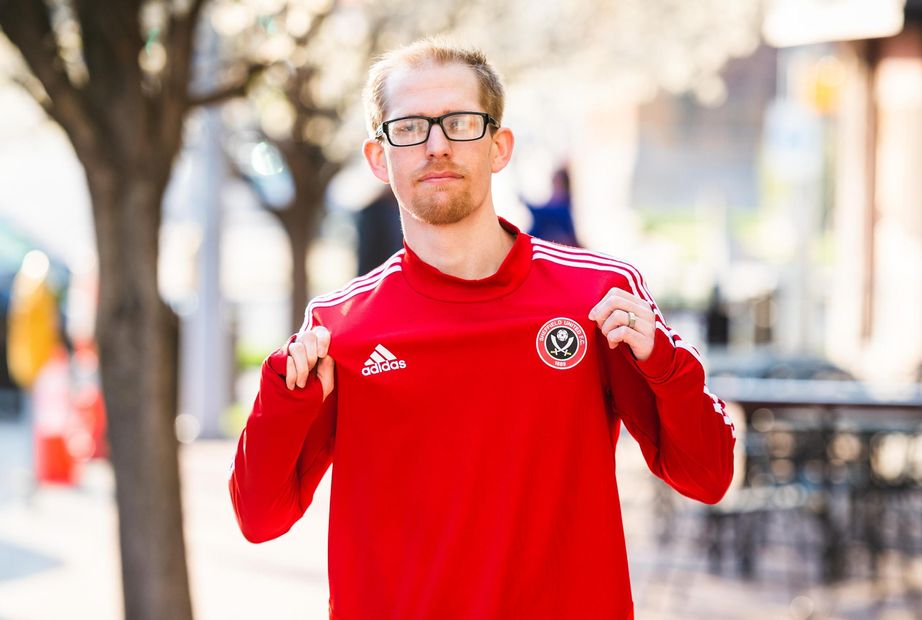 Meet Ethan, a new Sheffield United fan in Kansas, who is in it for the long haul.

"When COVID hit, and it became a situation where we didn't have any sports in the world, as a former sports talk radio guy and an avid fan of sports, I didn't know what to do with myself. So when project restart happened in 2020, I said, 'Hey, I'll give this a shot.'

"It was an opportunity to learn about a league that I hear great things about – the world's most popular, even more popular than the NFL is here.

"It was awesome – Christian Pulisic of Chelsea was going nuts and that gave me a hero in the soccer world.

"As other sports were starting up, I was still gravitating toward soccer. I'm a huge baseball guy, and I don't really want to watch baseball anymore now, because I found a new love of soccer. But I was like, 'I've got to have a team now.'

"I knew the big six, but I didn't really want to be a fan of them. That would seem too obvious.

"I decided to have some fun and do a college-style recruitment. I put up some pictures with graphics and had an announcement date.

"I released my top four teams, and Sheffield United was one of them. I started getting a lot of likes and retweets from the PLinUSA account and I was like, 'Woah, this is actually becoming a thing.'

"I gravitated toward the history of Sheff Utd. Bramall Lane is the oldest soccer stadium in the world and the fans are so passionate and have that steely tough-mindedness. It was something that resonated with me.

"In November, on my birthday, I made the big announcement that this is my team.

"I've already talked to my wife about when my son turns three, there are weekend soccer leagues I want to get him involved in.

"I'd like to just get my kids used to the sport and in due time they'll understand Sheffield United, too.

"That's one of the good things about it, passing all your fandom and heartaches to your kids. That's going to be a really cool aspect, and something to bring us closer.

"I want it to be my own and I want it to be our family's – something that we can go crazy about and be fans because that's the whole point of it all."