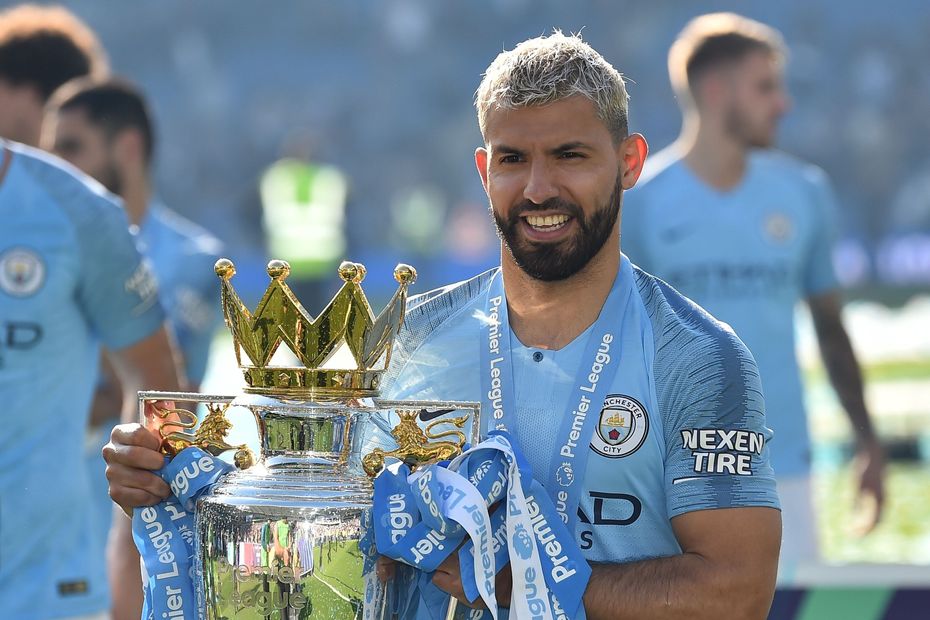 Poll: Is Aguero the greatest striker in PL history?

When Sergio Aguero leaves Manchester City at the end of this season, he will do so as a multiple record-holder in the Premier League.

We take a look at his legacy in the competition, and the numbers that have made him one of its greatest ever players.

Aguero is the top-scoring overseas player in PL history with 181 goals, a total that leaves him fourth on the all-time scorers’ list.

He became the leading foreign goalscorer during a 6-1 victory over Aston Villa in January 2020. And later in the same match he claimed the record for the most PL hat-tricks, netting his 12th to beat Alan Shearer’s total of 11.

The Argentinian has the best minutes-per-goal ratio in the Premier League, scoring every 108 minutes on average, 14 minutes better than any of the other player with at least 10 goals.

Most goals in a match

The 32-year-old jointly holds the PL record after scoring five times in a match. He only played 66 minutes of that victory over Newcastle United in October 2015, whereas the other four players to achieve a five-goal haul all played the full 90.

The Man City star has won the award seven times, more than anyone else.

Goals for one club

Aguero was the top scorer in 2014/15 after netting 26 times in 33 appearances. He struck at least 20 goals in each of the next four seasons too, becoming only the second player after Thierry Henry to reach that mark in five consecutive campaigns.

Aguero won four PL titles, most memorably delivering the club's first with a stoppage-time winner against Queens Park Rangers on the final day of the 2011/12 season, as Man City finished above Man Utd on goal difference.

Aguero has faced 33 different PL teams and scored against 32 of them, only failing against Bolton Wanderers. He has only faced the Trotters once, in his first PL start in August 2011.