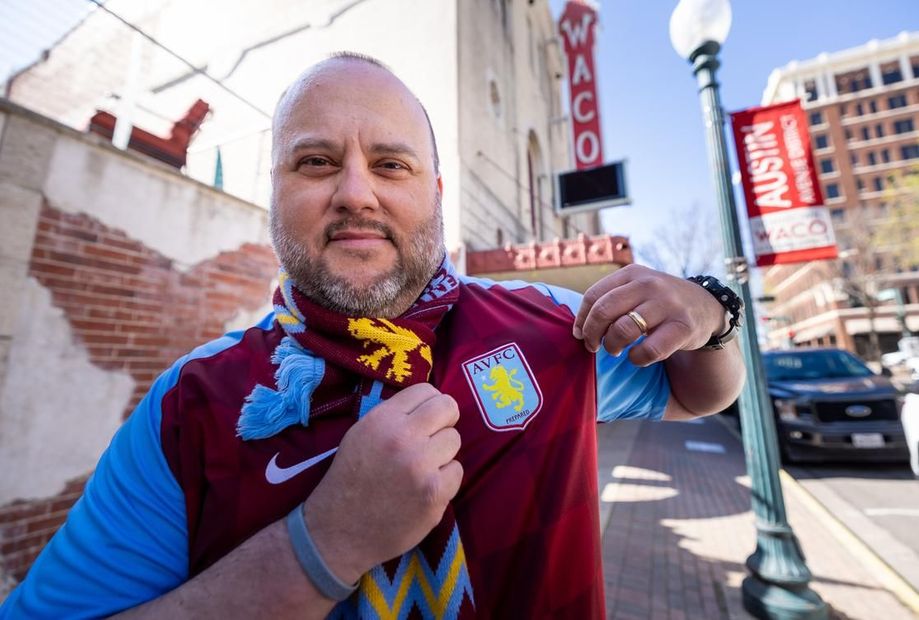 Meet Joey, an Aston Villa supporter from Waco in Texas, who will always take pride in his club, no matter what.

"About 15 years ago the Seattle Sounders from my hometown were coming into MLS, so I was revisiting soccer for the first time in many years.

"A co-worker of mine was a Brit and he said, 'Hey man, you should check out the English Premier League'. So I jumped in, started a deep dive on the internet, and settled on Aston Villa.

"I’ve never been a front runner, so I stayed away from the London clubs and traditional powers - I wanted a club with some history and some grit.

"They had an American owner, and a couple of American 'keepers at the time, Tom Hanks was a fan, and the Royals were even backing them. It was all just quirky enough for me to see how it went, and 15 years later it’s been a rollercoaster with a lot of fun memories.

"Now, I’ve learned how fortunate we are here stateside when it comes to watching PL matches. Our television makes these games so much more accessible than our English counterparts, and NBC makes it easy to follow the less popular clubs.

"We have a supporters' club in Austin, and about a dozen of us gather down there to watch the match in person"

"I actually take pride in the fact that I’m a little off the grid as a fan, but Villa are European champions, they’ve won a ton of cups, there’s a rich history there.

"If you follow youth soccer in north Texas at all, soccer is huge. It’s one of the hottest spots for local talent, and it’s not surprising that fandom is growing in this part of the country.

"What’s hard is if you’re not Chelsea or you’re not Liverpool, you’re not always going to find a lot of folks in your tribe. We have a supporters' club in Austin, and about a dozen of us gather down there to watch the match in person, even if it ends in tears sometimes.

"During those Championship years they were rich because we were playing for our life. Those times were validating for my fandom, that we could ride that out and not just jump ship to a team that was much more appealing at the time.

"The group that gets together is hardcore, and the loyalty runs deep.”