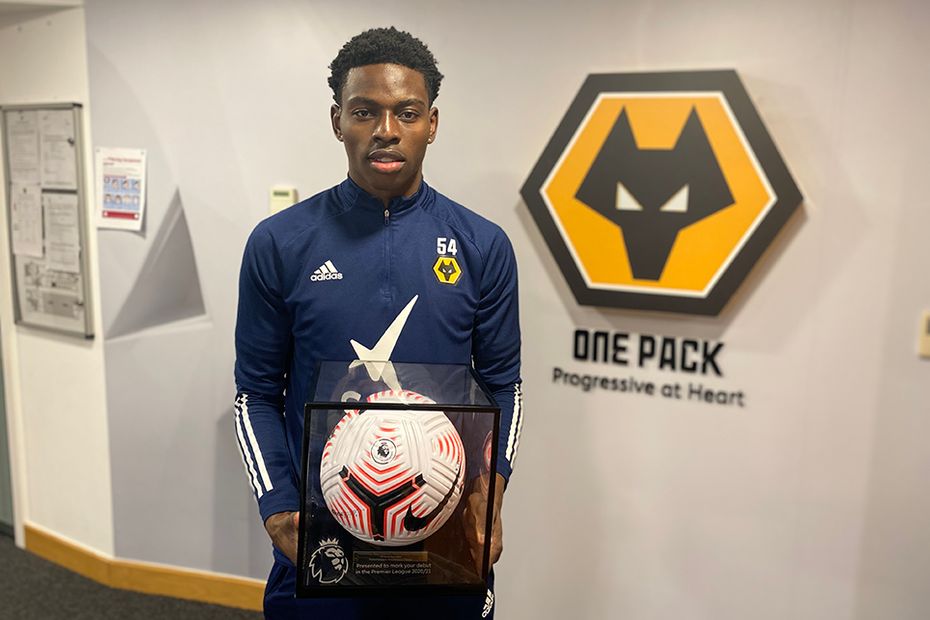 “He’s a really good manager, and he supported me a lot to be honest because I've got into a lot of mischievous stuff at Wolves," the 20-year-old United States international told the official club website.

"But he really put all of that to one side and spoke to me on a serious level and put an opportunity in front of me.

"He explained how things can work with my behaviour being more professional, so he’s helped me develop as a person as well as a player."

Otasowie's first Premier League appearance was one to savour, as he came off the bench at half-time and claimed an assist in a 2-1 win against Chelsea in December 2020.

As a result he received a Premier League Debut Ball, which is given to all top-flight debutants who have spent three years or more at an English Academy before the age of 21.

Otasowie arrived at Wolves in 2017, having previously moved from New York to Peckham in south London as a child and developed his game with cage football.

“I fell into football because that’s the culture here,” the midfielder recalls. “When I was 12 or 13 years old, that’s when I started to enjoy it.

“In those areas [south London], it’s mainly cage-type football. That's really what made me enjoy it. With cage football, you’re playing with a lot your friends and it's a kickabout, but everyone's competitive at the same time.”