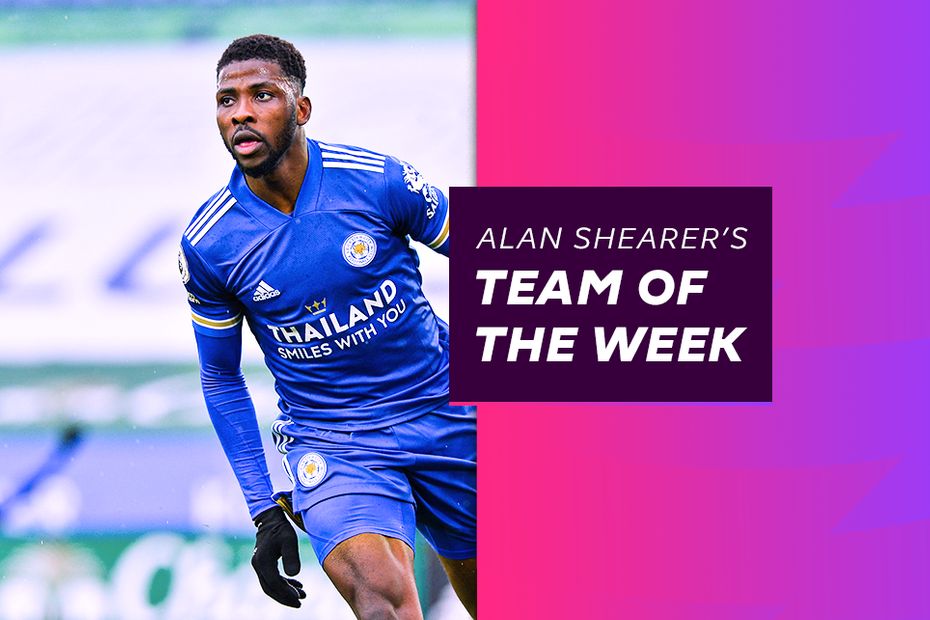 Leicester City have recently lost two of their most creative players to injury in James Maddison and Harvey Barnes, but Kelechi Iheanacho has stepped up to maintain the Foxes' goal threat and top-four push.

The Nigerian striker scored his first Premier League hat-trick in a 5-0 home win over Sheffield United, taking his tally to five goals in three matches.

With two of his strikes against Sheff Utd set up by fellow forward Jamie Vardy, the Premier League's record goalscorer, Alan Shearer, highlighted the relationship between Leicester's front two as he named Iheanacho in his Team of the Week.

Ozan Kabak (LIV) WOL 0-1 LIV
"More performances like this and Liverpool may end up making his loan move permanent."

Leandro Trossard (BHA) SOU 1-2 BHA
"A big goal and a big performance from the Belgian, securing a much-needed win against Southampton."

Tyler Roberts (LEE) LEE 0-0 CHE
"Gave Leeds United an attacking option from midfield and was a constant thorn in Chelsea's side."

Ayoze Perez (LEI) LEI 5-0 SHU
"He played with a free role and was excellent, scoring a fine goal in the process."

Erik Lamela (TOT) ARS 2-1 TOT
"He had to be in the team for that outrageous rabona goal, despite his sending-off!"

Kelechi Iheanacho (LEI) LEI 5-0 SHU
"A hat-trick and a superb performance. The Nigerian is really thriving alongside Vardy up front."

Dwight McNeil (BUR) EVE 1-2 BUR
"The ever-improving 21-year-old was Man of the Match. He scored a sensational goal after his run and cross led to Burnley's opener."