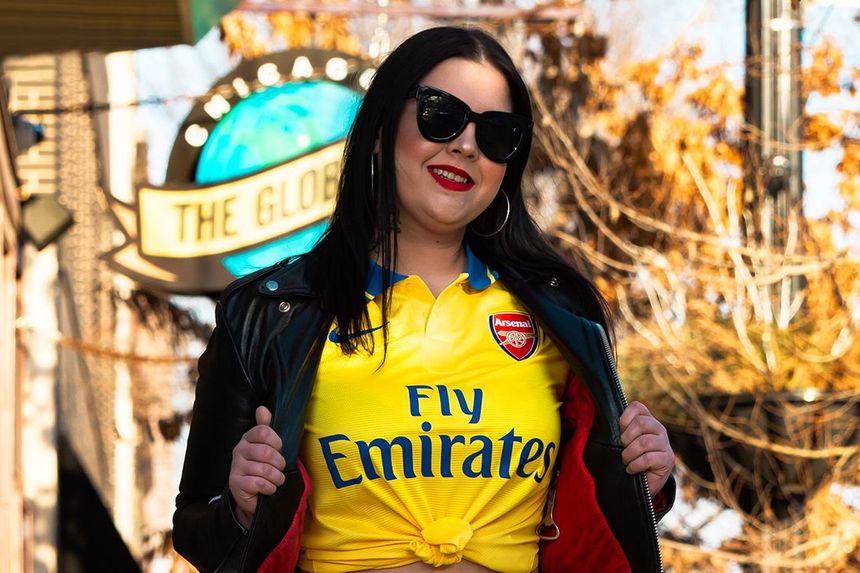 Meet Meredith, an Arsenal supporter from Chicago, who became a fan to get back at their ex-partner but then found a whole new community.

"I ended up breaking up with the first great big love of my life during one of our fights. Before we broke up, he had told me that the worst thing I could ever do to him was support Arsenal because he was a Tottenham Hotspur fan.

"So within a week of our split, I researched the Premier League, found the Chicago Gooners, and decided that I was going to become an Arsenal supporter.

"A lot of my life is fuelled by spite and coffee, and sometimes, those two things lead to interesting places.

"My first St. Totteringham’s Day, which is the day when Arsenal fans celebrate the fact that Spurs can no longer catch us in the league, was almost a year to the day that we broke up.

"This was when Spurs lost to a relegated Newcastle United. I was feeling really petty, so I had one of the Chicago Gooners take a picture of me in all of my Arsenal regalia. I tweeted at him and said, 'Happy St. Totteringham’s Day.'

"I immediately got a message from him saying, 'I’m not a real supporter and doing it to spite him.' I showed it to all of my friends who have now been watching with me for a year and they were like, 'No, you’re at every single match. You are one of us.' So I had lost someone I loved, but I gained a whole new family.

"I’ve travelled all over the country for Arsenal meet-ups. I know people think Arsenal are this big, notorious club who aren't the underdogs, but I found that all the Arsenal supporters, we’re all kind of lovable weirdos.

"I've always been queer, but soccer did lead me to discover that I'm non-binary and come out as non-binary. I also found the great thing about Arsenal jerseys is that when I’m feeling feminine, I can pair them with a pencil skirt and some heels, or I want to be genderless, I can do that.

"I just love how just interesting the community is. Here I am, a non-binary person covered in tattoos who dresses provocatively on occasion, and I haven't felt judged by these people ever.

"I would never have imagined that five years ago would have led to all of my life being this. But I gained a community, and I’m Arsenal until I die.”