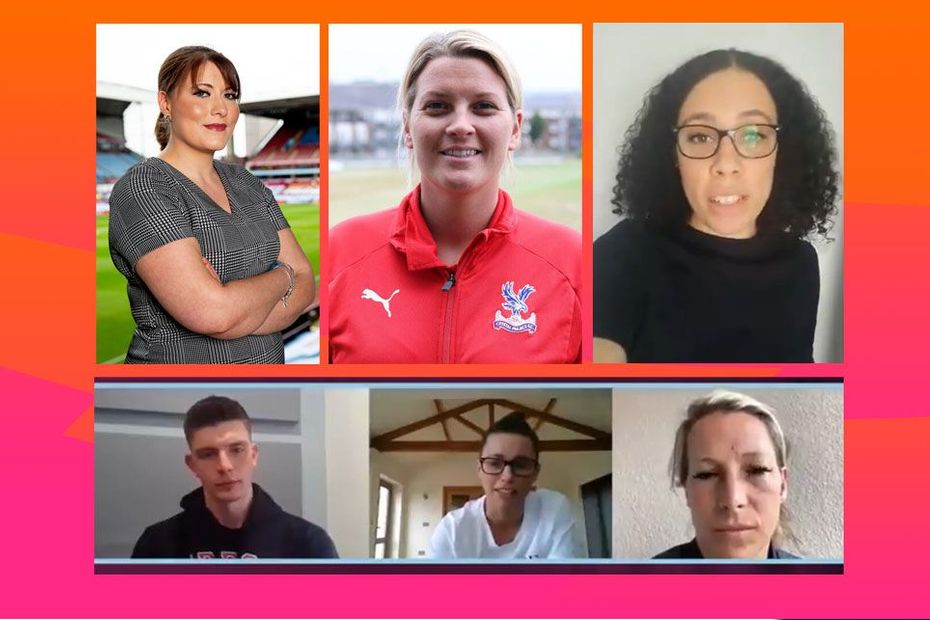 Monday was International Women's Day (IWD), a global day which celebrates women's achievements in society and is a call to action to accelerate gender parity and women's rights.

Premier League clubs and players marked the occasion by shining a light on the female coaches, players and inspirational staff members.

The value of female role models in football was a theme throughout IWD.

Crystal Palace shared a blog by Roxanne Bennett, Women and Girls Lead at Palace For Life Foundation, in which she talked to four women at the club about their roles, including Director of Operations, Sharon Lacey.

On #InternationalWomensDay, we are celebrating women around the world.@PalaceForLife Women and Girls lead, Roxanne Bennett, on the inspiring and influential women at @CPFC and #PalaceforLife 👇#CPFC | #IWD2021

Aston Villa spoke to Clare Buckley, who at 31 is one of the youngest female safety officers in the country, in what is a predominantly male-dominated environment. "If you have a passion to do something and obtain the skills to do it, then go for it," Buckley says to women looking to work in the football industry.

Understanding the importance of women's visibility as role models was recognised by Brighton & Hove Albion defender Dan Burn, who said how vital this will be as his young daughter grows up.

Everton were the first Premier League club to use their women's team to launch their kit in 2018/19.

Sasha Ryazantsev, Chief Finance and Commercial Official, discussed how the men's and women's teams have united and their shared ambitions.

📈 | To mark #InternationalWomensDay, we sat down with Chief Finance and Commercial Official, Sasha Ryazantsev, to discuss @EvertonWomen's progress and ambitions...@Lil_Lets 🔵 #EFC pic.twitter.com/pCo7pHOH0N

West Bromwich Albion highlighted some of the 25 women working at the Albion Foundation, the club's official charity, and spoke of their shared belief in the importance of following your dreams.

Today is #InternationalWomensDay. We want to celebrate the powerful Women we have working in our organisations. Thank you for all your incredible work. @WBAWomen | @WBA | #IWD2021 pic.twitter.com/EJhXowFCBg

The challenges and gender discrimination faced by women footballers headed the discussion at Manchester City, where Lucy Bronze told how she overcame these barriers on her career pathway.

“Being Unstoppable is there are no barriers. You just keep going through them, they won’t stop you.”🗣

In celebration of #IWD2021, we hear @LucyBronze’s story of overcoming barriers in order to become the player she is today.

West Ham United's Declan Rice and Tomas Soucek, shared which women inspire them and why.

To mark #InternationalWomensDay we asked some @WestHam players to reflect on important women in their life who have helped them throughout the career.

Clubs including Fulham and Leeds United hosted webinars on IWD while the Liverpool Foundation created a unique session to explore the career paths of local female business owners.

As part of @FulhamFCFound's Premier League Kicks programme, our staff presented a ‘Women in Football’ webinar to inspire the next generation. #IWD pic.twitter.com/3kOND5ipvz