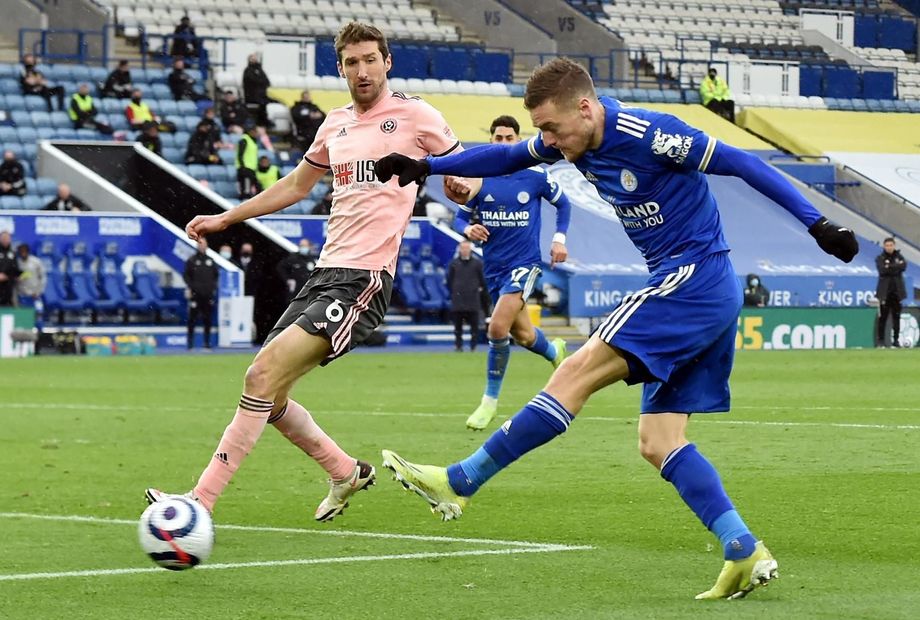 Leicester City forward follows in footsteps of only five other players

While Kelechi Iheanacho scored his first Premier League hat-trick to help Leicester City to a 5-0 win against Sheffield United, team-mate Jamie Vardy was also achieving a personal landmark too.

For more on this and all the must-know facts from the 28th round of matches, read below. To see the reports and key data, click on the results.

This was only the third instance in Premier League history of an away team scoring first as late as the 86th minute and not winning, after Birmingham City at West Bromwich Albion in October 2002 and Leicester City at Watford in June 2020.

Chelsea have conceded jut two goals in their first 10 PL matches under Thomas Tuchel, equalling the top-flight record which they set under Jose Mourinho in 2004/05.

This was Roy Hodgson's 12th PL win over a side he had previously been in charge of, now the most of any manager.

Burnley have won at Everton and Liverpool in a single season for the first time, and are the third side to do so this term after Manchester City and Fulham.

Sergio Aguero’s penalty against Fulham ended a run of 13 matches (641 minutes of play, 24 shots) without a PL goal for Manchester City.

Manchester United have kept four consecutive clean sheets in the PL for the first time under Ole Gunnar Solskjaer, last doing so in January 2018 when Jose Mourinho was in charge.

Liverpool forward Diogo Jota became just the second player to score both for and against Wolverhampton Wanderers in the Premier League after Stephen Hunt.