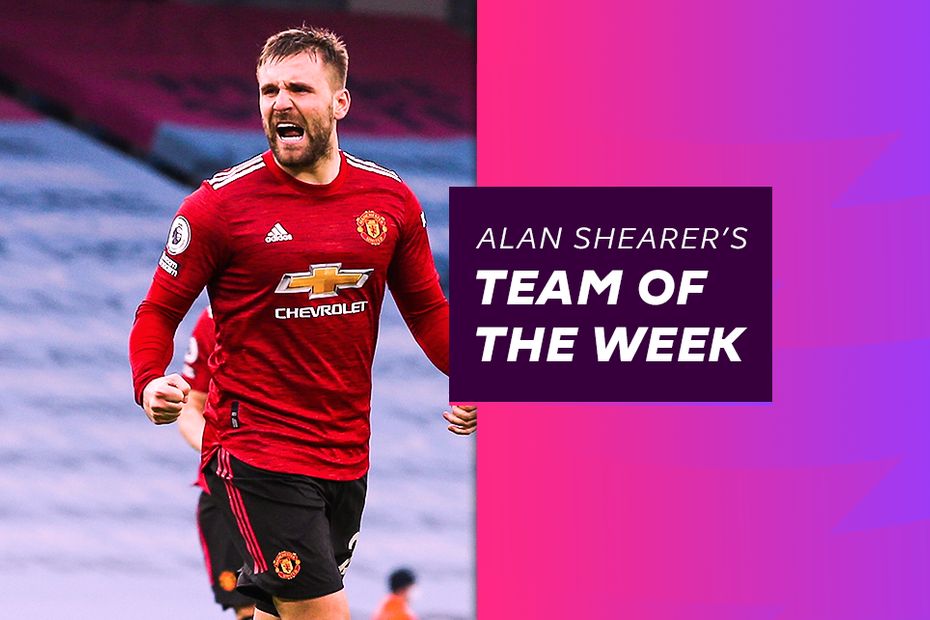 Manchester United faced an unenviable task when they travelled to Manchester City on Sunday, given their local rivals had won their previous 15 Premier League matches.

But Ole Gunnar Solskjaer's side stunned the league leaders, inflicting their first defeat in any competition since November.

Alan Shearer, the Premier League's record goalscorer, was particularly impressed with left-back Luke Shaw, who scored the second goal in the 2-0 win while also playing his part in a hard-earned clean sheet.

The 25-year-old is one of three Man Utd players selected in Shearer's Team of the Week.

Alphonse Areola (FUL) LIV 0-1 FUL
"He made a marvellous save from Diogo Jota to keep a crucial clean sheet at Anfield."

Joachim Andersen (FUL) LIV 0-1 FUL
"The Dane had Mohamed Salah in his pocket."

Luke Shaw (MUN) MCI 0-2 MUN
"Now adding a goal on top of his assists, he is probably playing the best football of his career."

Scott McTominay (MUN) MCI 0-2 MUN
"He bossed the middle of the park. Quite the achievement against Manchester City."

Ademola Lookman (FUL) LIV 0-1 FUL
"Neco Williams just couldn’t handle him. He exploited the space in behind time and again."

Kai Havertz (CHE) CHE 2-0 EVE
"His best match in a Chelsea shirt. He played a key role in both goals, forcing the own goal and winning the penalty."

Manager: Ole Gunnar Solskjaer (MUN) MCI 0-2 MUN
"Man City looked unstoppable ahead of the derby but Solskjaer’s side were comfortable winners. His tactics were spot-on."