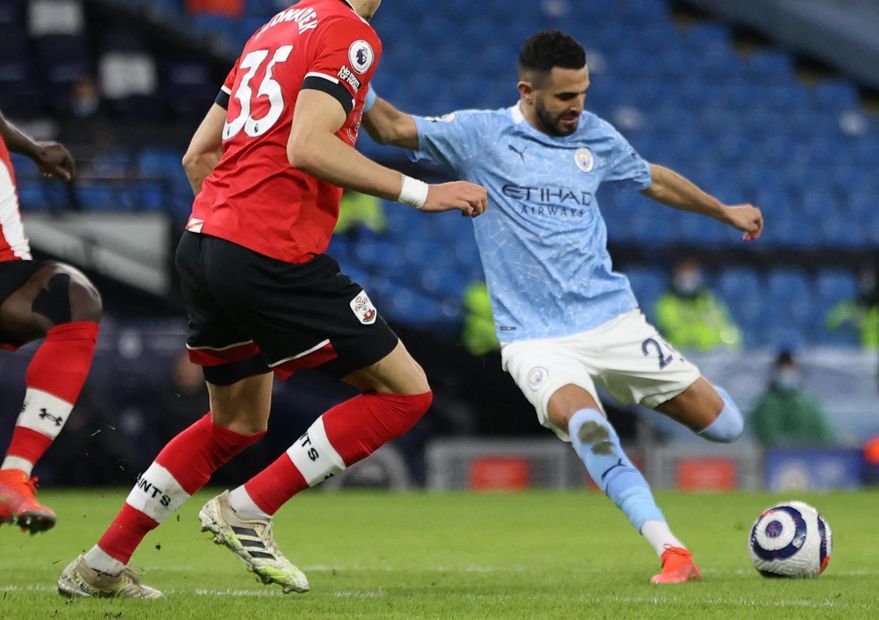 The Premier League has featured some incredible left-footed players through the years and Riyad Mahrez has ensured he will go down in history as one of them.

Mahrez followed in the footsteps of the likes of Robbie Fowler and Robin van Persie with his performance in Manchester City's 5-2 win over Southampton on Wednesday.

For more on this and all the must-know facts from the 27th round of matches, read below. To see the reports and key data, click on the results.

Pierre-Emerick Aubameyang has scored eight PL goals against Burnley, more than against any other club.

James Ward-Prowse has scored eight goals in all competitions this season, his joint-best return in a single campaign for Southampton.

Conor Coady has had two shots on target in his last two PL matches, after not registering a single one in his first 102 appearances in the competition.

Daniel Amartey’s winner for Leicester City was his second ever PL goal, and his first for 1,540 days since netting against Stoke City in December 2016.

West Bromwich Albion had 13 shots in the match, their joint-most attempts without scoring in a PL fixture this season, having also had 13 against Burnley in October.

Fulham are the first promoted side to win at Liverpool since Blackpool in October 2010, ending the Reds' run of 30 unbeaten PL home matches against such opponents (W24 D6).

Bruno Fernandes' penalty after 101 seconds is the earliest goal that Man City have ever conceded in a PL match at the Etihad Stadium. It is also the first they have let in within two minutes at home in the competition since Steed Malbranque's strike for Fulham at Maine Road in January 2003.

Harry Kane is the first Tottenham Hotspur player to score two goals and provide two assists in a PL match since Jurgen Klinsmann netted four and set up two against Wimbledon in May 1998.

Chelsea's Thomas Tuchel is the first head coach or manager in PL history to see his side keep a clean sheet in each of his first five home matches in the competition.

West Ham United completed their first league double over Leeds United in the top flight since the 1929/30 season.

Mahrez’s second goal was his 51st with his left foot in the Premier League, making him only the seventh player to reach a half-century for such goals in the competition. The others are Fowler, Van Persie, Ryan Giggs, Mohamed Salah, Romelu Lukaku and Olivier Giroud.