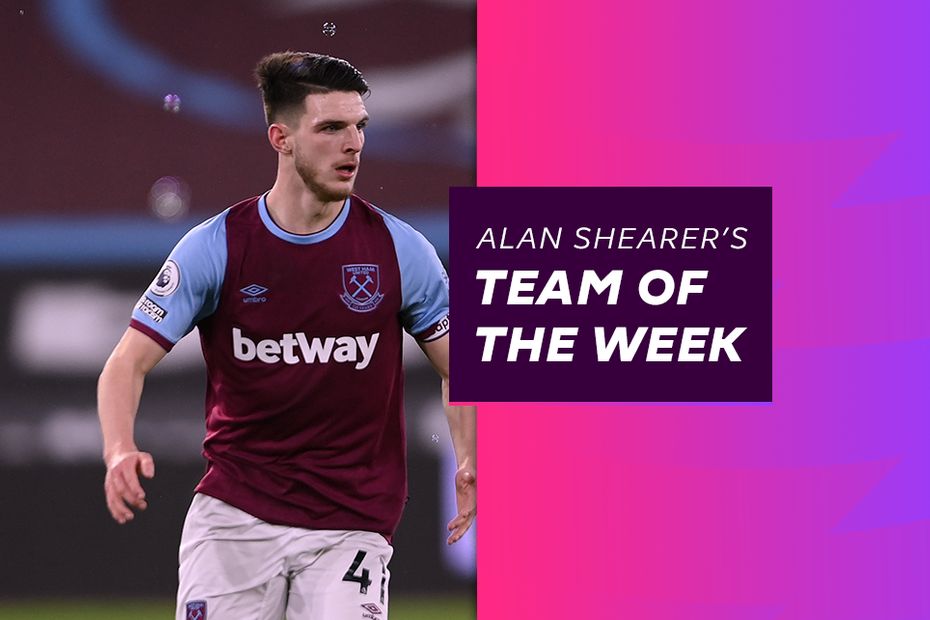 West Ham United turned in another fine performance to defeat Tottenham Hotspur on Sunday and moved into the top four.

For Alan Shearer, the Premier League's all-time record goalscorer, that derby triumph owed as much to their defensive resilience as it did to their attacking prowess.

At the heart of the victory was a determined display by Declan Rice, who, along with Tomas Soucek, was solid in shielding the rearguard and tireless going forward for West Ham.

Both midfielders have earned a place in Shearer's Team of the Week, in which they are joined by club-mates Craig Dawson and Jesse Lingard.

Joao Cancelo (MCI) ARS 0-1 MCI
"Didn’t have to do a lot of defending but gave Manchester City so many options going forward."

Craig Dawson (WHU) WHU 2-1 TOT
"The 30-year-old was once again superb at the back for the high-flying Hammers."

Declan Rice (WHU) WHU 2-1 TOT
"Relentless. He made a couple of brilliant clearances when West Ham were under pressure."

Tomas Soucek (WHU) WHU 2-1 TOT
"Brave in defence and is forging a brilliant partnership with Rice."

Harvey Barnes (LEI) AVL 1-2 LEI
"With another goal and assist, he was integral to Leicester's third victory in four matches."

Manager: Carlo Ancelotti (EVE) LIV 0-2 EVE
"It had been a while since Everton won at Anfield, but they were deserved winners thanks to the brilliant tactics of their manager."