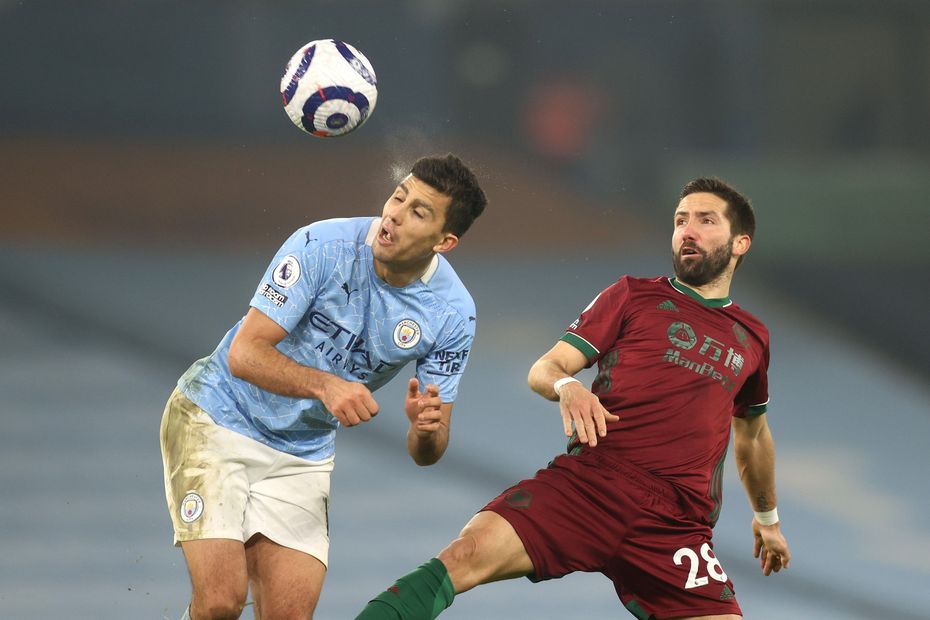 Beating Manchester City is proving to be a Herculean challenge, with the league leaders refusing to even fall behind in a match and give their opponents something to cling on to.

Indeed, after Tuesday's 4-1 home win over Wolverhampton Wanderers, Pep Guardiola's side have equalled a Premier League record set in 1999.

For more on this and all the must-know facts from the 26th round of matches, read below. To see the reports and key data, click on the results.

Ruben Dias and John Stones have scored four league goals between them and conceded just three in 14 Premier League starts together for Man City.

Brighton & Hove Albion are the first team in PL history to miss two penalties by hitting the woodwork in a single match.

Emiliano Martinez has eight away clean sheets this season, more than any other goalkeeper and level with the Aston Villa record set by Brad Friedel in 2009/10.

Newcastle United and Wolves have both scored in all 12 meetings between the sides, the most-played fixture in the competition with neither side keeping a clean sheet.

Fulham are unbeaten in their last seven PL away matches (W1 D6), their longest such run in the competition.

This was Arsenal’s first away win against a team starting the day in the top three places since January 2015 (2-0 v Man City).

No player has scored more PL goals against Burnley than Harry Kane, with eight, level with Riyad Mahrez's tally.

Thomas Tuchel has become just the second manager or head coach not to concede a single goal in his first four PL home matches, after Brendan Rodgers in 2011/12 with Swansea City.

At 20 years and 29 days, Curtis Jones is the youngest Liverpool player to score a PL away goal since Raheem Sterling in December 2014 against Burnley (20y 18d).

Richarlison has scored in three consecutive PL appearances for Everton for the first time since December 2019.

Man City have not trailed for a single minute in any of their last 19 PL matches, equalling Arsenal’s competition record set between December 1998 and May 1999.

Kelechi Iheanacho has scored two goals in his last three starts away from home in the Premier League, one less than he managed in his first 15 away starts for Leicester City in the competition (3).

For the very first time in the Premier League, Sheffield United managed to win a match in which they received a red card (W1 D5 L8), though Phil Jagielka’s dismissal was the first time they had been reduced to 10-men while already winning.

In his 21st away Premier League match, Bruno Fernandes is yet to suffer defeat. Only Gabriel Jesus (26) and Jens Lehmann (23) have had a longer unbeaten start in away appearances in PL history.

Spurs have won back-to-back Premier League matches for the first time since November, when they won four in a row. They had lost five of their previous six league matches before this.

Everton have won nine Premier League away matches this season, their joint-most on the road in a single campaign in the competition, level with their total in 2008/09.

After going 68 matches without a league defeat at Anfield, the second-longest such run in top-flight history, Liverpool have now lost five straight home matches for the first time ever.