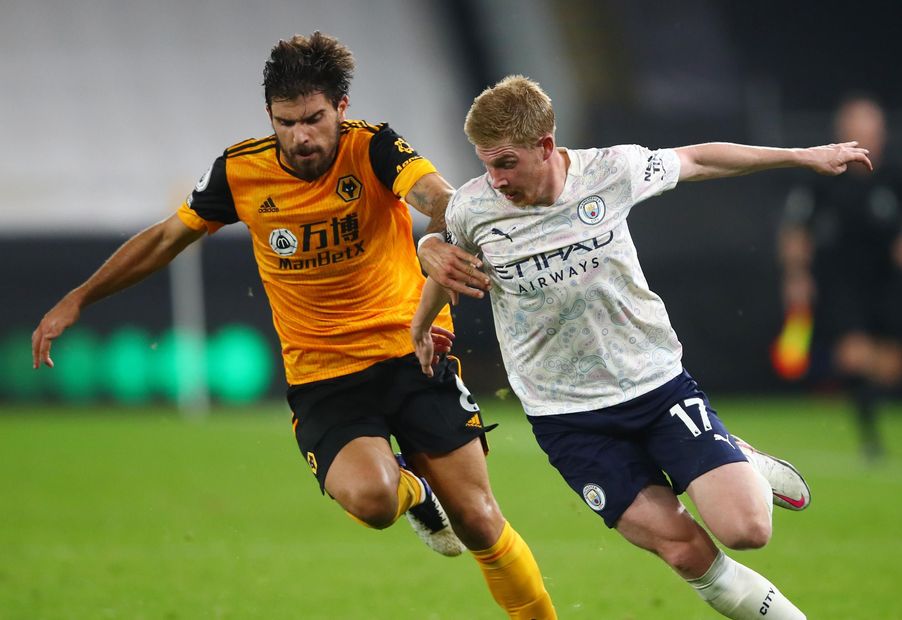 Manchester City report no fresh injury concerns for the visit of Wolverhampton Wanderers.

Wolves have no new injuries following their draw at Newcastle United last time out.

Raul Jimenez continues his rehabilitation and has begun to integrate into some parts of training.

Man City have not trailed for a single minute in their last 18 Premier League matches and could equal Arsenal's record of 19 consecutive PL contests without falling behind, set between December 1998 and May 1999.

Man City are unbeaten in 37 midweek PL home matches (Tuesday, Wednesday, Thursday), winning 31 and drawing six since a 1-0 defeat by Spurs in May 2010.

Wolves won this exact fixture 2-0 last season. They have not won back-to-back top-flight matches at City since a run of five between 1956 and 1960.

Wolves have lost 10 of their last 11 top-flight away matches against the side starting the day top of the table. The exception in that run was a 1-0 victory against Liverpool in January 1984.