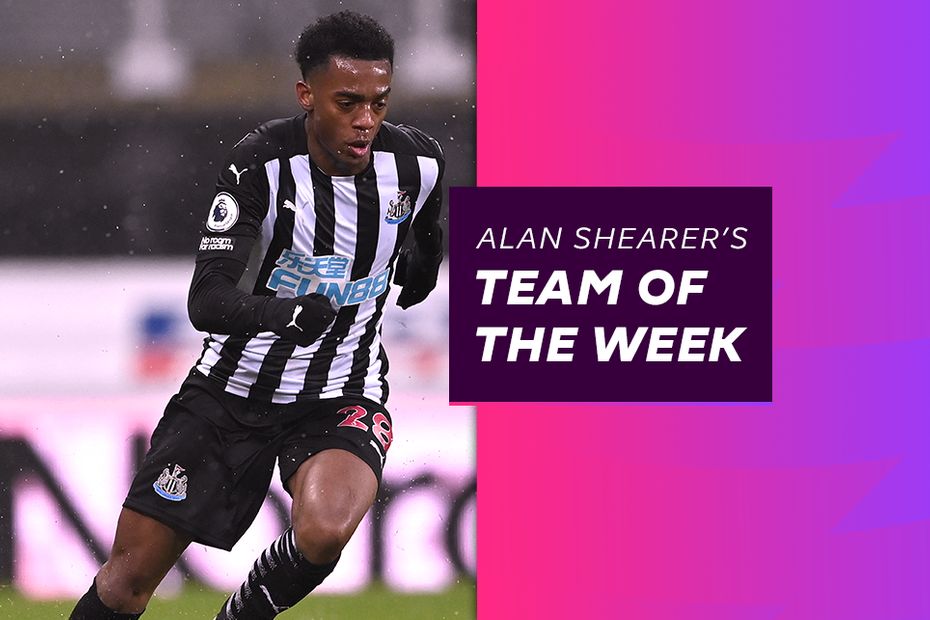 Bruce: "It was a terrific effort from all of them" External Link
Budweiser Kings of the Match: Matchweek 23
MW23 stats: Ward-Prowse eyeing free-kick record

Joe Willock certainly hit the ground running at Newcastle United, marking his debut for the club with the opening goal in Saturday's 3-2 win over Southampton.

The 21-year-old midfielder, who arrived on loan from Arsenal last month, was excellent throughout and his display impressed Alan Shearer, the Premier League's all-time leading goalscorer.

Willock is one of three Newcastle players to earn a place in Shearer's Team of the Week.

Who impressed you in Matchweek 23❓

"Another clean sheet. It must have been awkward for his former club Arsenal seeing him perform so well against them."

"The midfielder is doing a superb job filling in in an unfamiliar role at centre-half."

"Stones didn't put a foot wrong. Again he gave nothing away."

"Welcome to Newcastle! What a magnificent debut, and one he won't forget."

"Produced a stunning strike that should have made sure of three points for Manchester United."

"Scored twice and could even afford to miss a penalty in another top midfield performance."

"His best game for Newcastle. Magnificent. Two goals and ran miles for the team when they were down to nine men."

"Outstanding. Capped another superb display with a great finish. What a talent."

"He’s back! Scored one goal and played a part in the second for Son Heung-min."

"He gave Trent Alexander-Arnold a difficult afternoon from start to finish, running him ragged and getting a deserved goal."

"He masterminded his first win at Anfield in some style. Using Foden as a roaming false 9 worked brilliantly."