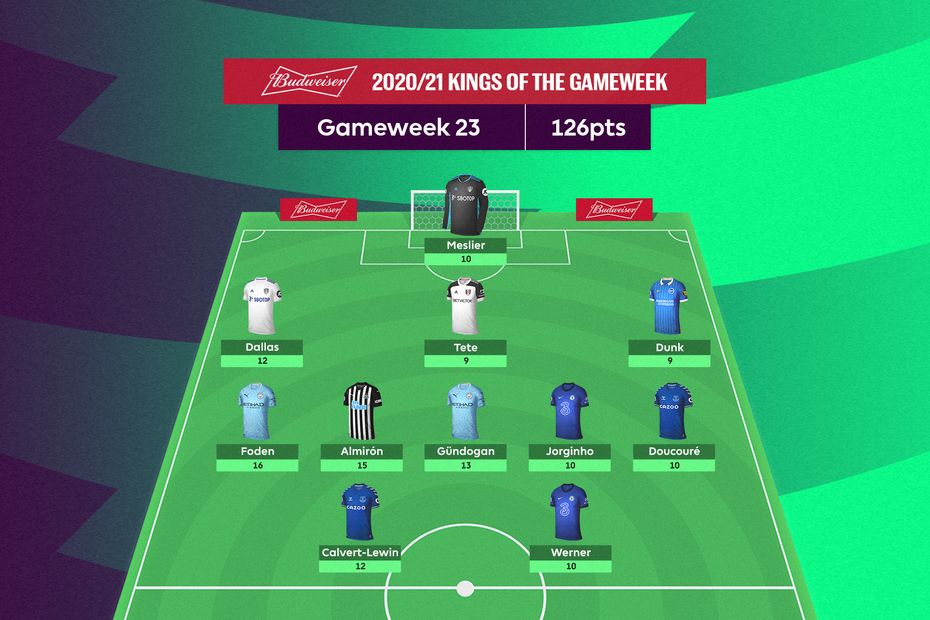 With a goal and two assists against Liverpool, Phil Foden (£6.1m) achieved his season-high haul in Fantasy Premier League.

The Manchester City midfielder also collected the maximum three bonus points to earn 16 points in the 4-1 win at Anfield.

Foden has produced all three of his double-figure returns this season in his last six starts.

His improving form has sparked big interest in the 20-year-old for Man City’s Double Gameweek 24.

Indeed, he is the second most-bought midfielder in Fantasy ahead of Saturday’s 11:00 GMT deadline, earning over 134,000 new owners.

Foden is among five midfielders featuring in the Kings of Gameweek XI, with his team-mate Ilkay Gundogan (£6.0m) also earning a place in the highest-scoring line-up.

The German netted twice to claim his fifth double-figure haul in the last 11 Gameweeks.

Gundogan is the second most-bought player in the Gameweek, with more than 394,000 managers bringing him in for his against Tottenham Hotspur and Everton.

The Man City pair take their places in a line-up that totalled 126 points in a 3-5-2 formation.