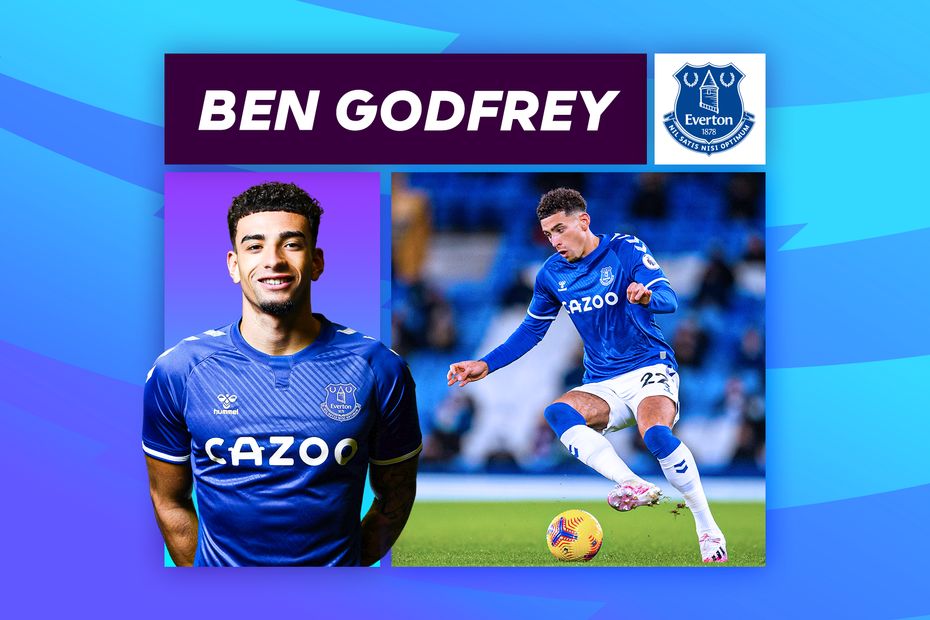 Ben Godfrey is fast becoming one of the Premier League’s most reliable defenders ahead of a trip to Manchester United.

The 23-year-old continued his fine form with a superb display in Everton’s 2-1 win at Leeds United in midweek.

It was his first top-flight appearance for the club as part of a central defensive duo.

Prior to that, he had impressed in both full-back positions and as part of a three-man defence for Everton.

Godfrey will be integral to Everton’s prospects of success at Old Trafford on Saturday.

Godfrey’s style of play has been compared to that of former Man Utd defender Rio Ferdinand, and it is easy to see why.

The Everton defender is composed, comfortable on the ball, has good decision-making and is extremely quick.

The statistics show Godfrey is Everton's fastest player, and this attribute will be key when he faces a Man Utd attack fresh off the back of a 9-0 win at home to Southampton.

When left-back Lucas Digne breaks forward, the left-sided Godfrey, Yerry Mina (centre) and Holgate (right) shift across to form a back three.

Solid on the road

Godfrey has featured in five of Everton’s seven away victories so far. In 2019/20 they managed only five all season.

Everton have certainly shown they are capable of absorbing pressure on their travels.

They were forced into making 32 clearances at Elland Road on Wednesday, and made 36 on the opening weekend in a 1-0 win at Tottenham Hotspur.

Hard work is a big feature of their success and I anticipate more of the same at Old Trafford.

Most distance covered by Everton

There has been nothing passive about Everton’s play in away matches, either.

They have created plenty of chances by utilising the pace of Richarlison and Dominic Calvert-Lewin on breakaways.

In fact, they average more shots on target in away matches than they do at Goodison Park.

Godfrey's growing influence, coupled with Everton's bold approach on their travels, can help them to a fifth successive away win in the Premier League for the first time.