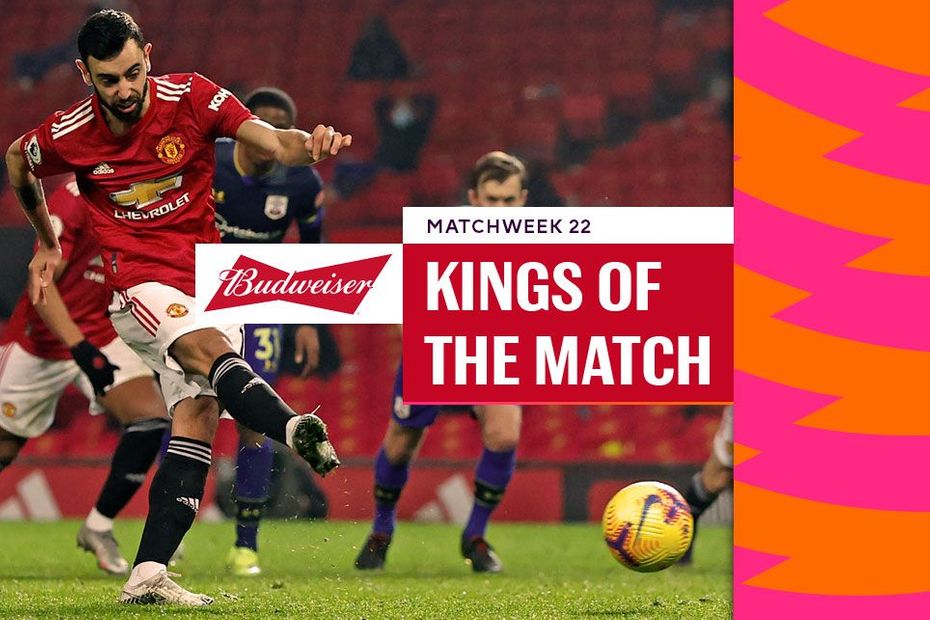 See which players earned the backing of supporters, including Man Utd's Bruno Fernandes

Supporters have voted in their thousands to crown their Budweiser Kings of the Match in Matchweek 22.

The striker's goal proved decisive as he earned Sheffield United a third win in five matches.

A stunning strike from the Portuguese helped Wolverhampton Wanderers end their eight-match winless run and earned him 40.6 per cent of the vote.

The Crystal Palace winger took nearly half the vote, following another excellent display that included setting up the winning goal.

An assist for Raheem Sterling's goal and another fine all-round display earned the German 51.5 per cent of the vote against Burnley.

Two assists from the midfielder contributed to an impressive win as Leicester City moved up to third.

The Everton striker headed what proved to be the winning goal to take 49.3 per cent of the vote.

The midfielder marked his West Ham United debut with two second-half goals at Aston Villa, winning the backing of 42.2 per cent of voters.

A penalty from the Italian was enough for Chelsea to continue their unbeaten start under Thomas Tuchel.