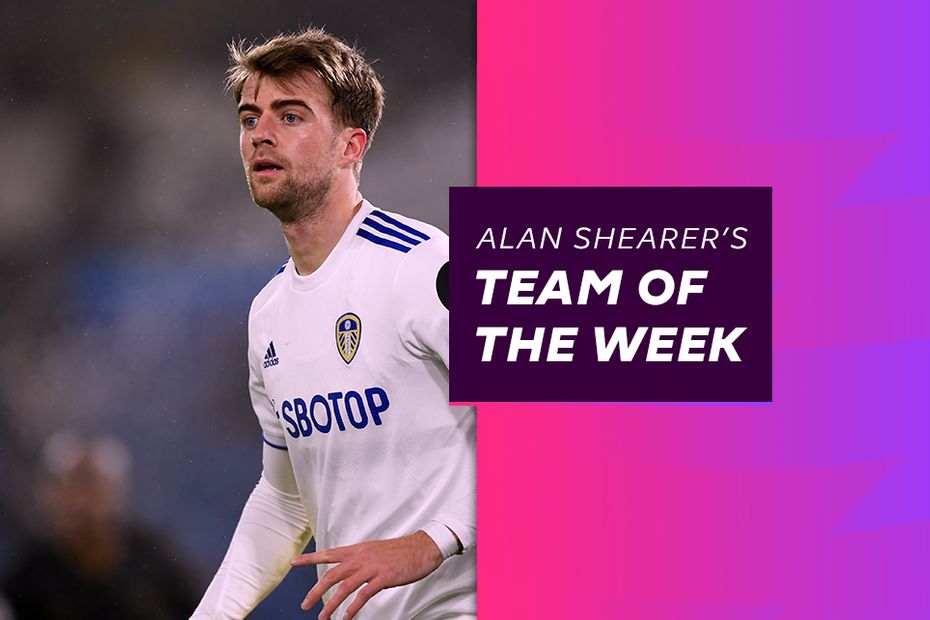 Bamford: We showed we can compete External Link
Budweiser Kings of the Match: Matchweek 21
What we learned in Matchweek 21

Title challengers Leicester City were unbeaten in seven Premier League matches when they kicked off against Leeds United on Sunday, but they were unable to handle Patrick Bamford.

The 27-year-old scored a stunning goal, firing clinically into the top corner, while also setting up Leeds' other two goals as the visitors triumphed 3-1.

That devastating display has earned Bamford a place in Alan Shearer's Team of the Week, alongside his team-mate and fellow goalscorer Stuart Dallas.

"He kept another clean sheet in another fine performance."

"Chelsea’s captain scored the opening goal and gave nothing away at the other end."

"He was brilliant again. What an influence he’s had on this Manchester City team."

"This was his best match in a black and white shirt."

"A dominant force in the middle, and he capped off his display by finishing off a great team move."

"He was excellent as usual. The cross for Ross Barkley’s goal was sublime."

"The Egyptian was back to his very best, adding two more goals to his tally for the season - and they were two very special ones."

"The man of the match, he led the line superbly. It’s great to see him back among the goals."

"This was a brilliant centre-forward’s performance which had everything. Eleven goals in the Premier League is a great return so far, and there are certainly more to come!"

"He got a much-needed performance from his players, and three important points."