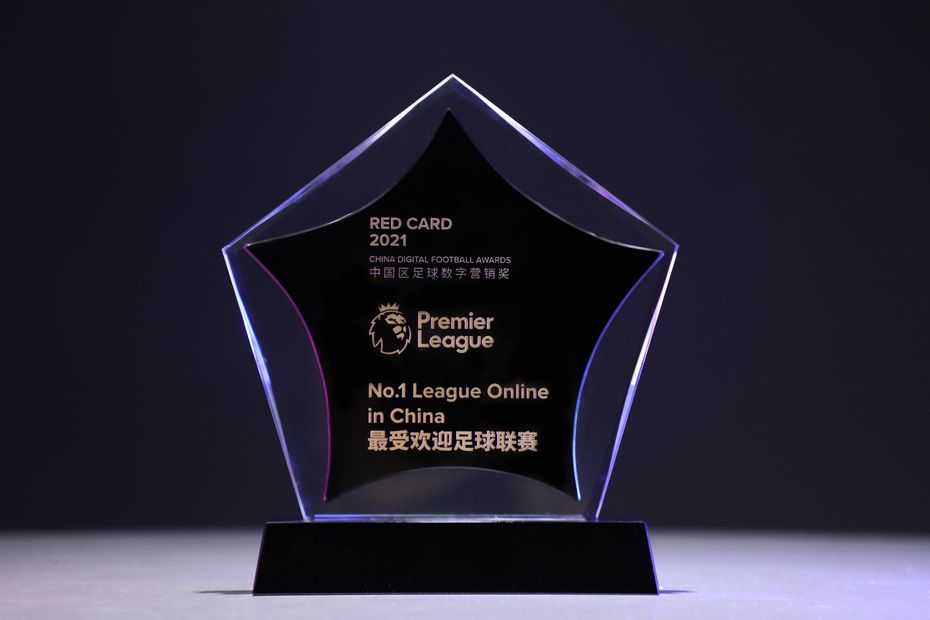 The Premier League has been named the No 1 online European league in China for the third successive year.

The Red Card 2021 report, which ranks European football leagues, clubs and players for their digital performance in China, awarded the top ranking once more to the Premier League after it led in every single category of the Red Card 2021 performance metrics.

The League also won the Red Card platform award for the most-viewed football account on Douyin, a video-led social-media platform similar to TikTok.

The Premier League's total engagement of more than 43million on Douyin was found to be 50 per cent more than the next-highest league, LaLiga.

On Weibo, the Premier League led the way, with engagement 80 per cent higher than the second-placed LaLiga. It remains the most-followed foreign football league on Toutiao.

"Football fans in China have shown their loyal and passionate support for Premier League clubs for many years, so we are proud to have won the Red Card award again," said Richard Masters, Premier League Chief Executive.

"Our innovative digital coverage has continued to evolve and prove popular with fans in China, at a time when the importance of digital content in people’s lives has been emphasised during the COVID-19 pandemic.

"We will continue to provide new ways for fans in the country to engage with the Premier League as we look at developing our digital presence in China."

The Red Card 2021 report is published by digital sports agency Mailman and uses eight performance indicators, including followers and engagement across different Chinese platforms, to determine the level of influence.

Beyond digital, the Premier League has for a number of years worked with the Chinese FA and Chinese Super League (CSL) to develop football at all levels in the country.

The League is a strategic partner of the CSL, having provided support for youth, coaching and refereeing development as well as knowledge-sharing and expertise through workshops and study visits.