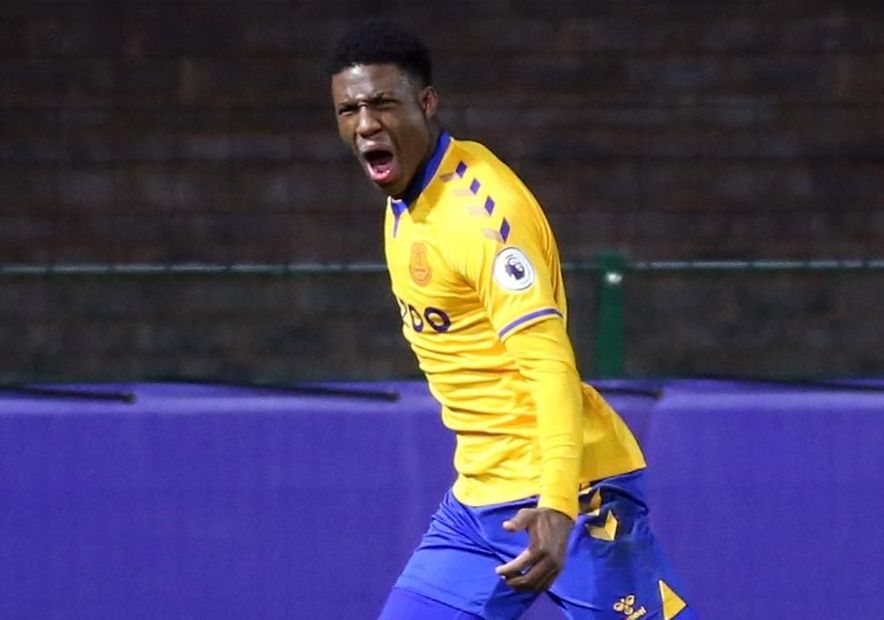 Sunday was a memorable day for 16-year-old Everton starlet Thierry Small, who became the club's youngest first-team player when he appeared against Sheffield Wednesday in the FA Cup.

And the left-back provided further evidence of his potential the following day as he opened the scoring in a 4-2 win at Leicester City which took the Toffees up to fifth in Premier League 2 Division 1.

His team-mate Nathan Broadhead also shone against the Foxes. The forward set up two goals before scoring himself, leaving his side four points behind leaders Tottenham Hotspur.

Warm up for tomorrow's game against the Foxes with all the goals from last night's #PL2 win. 👏 pic.twitter.com/zcNmMgRiUv

Manchester City missed the chance to go top of Division 1 after being held to a 1-1 draw by fourth-placed Blackburn Rovers.

Man City's Ben Knight cancelled out Sam Burns' opener and Blackburn were reduced to 10 men when Louie Annesley was sent off in the 82nd minute, but City could not find a winner.

In Division 2, Stoke City leapfrogged Middlesbrough up to fourth. Christian Norton and Kieran Coates scored in a 2-0 win that also featured a penalty save by Angus Gunn, on loan at Stoke from Southampton.