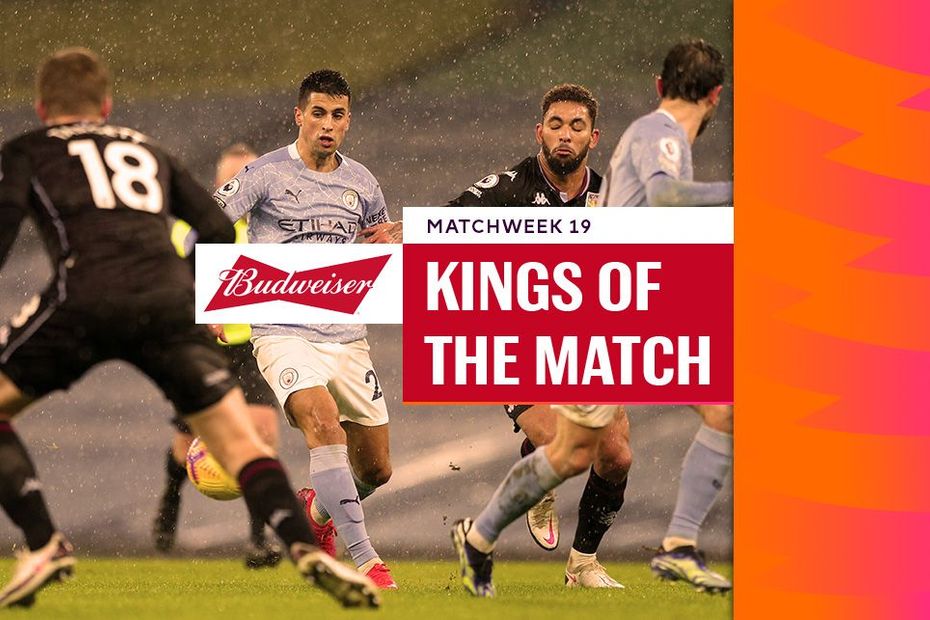 See which players earned the backing of supporters, including Joao Cancelo and Ollie Watkins

Supporters have voted in their thousands to crown their Budweiser Kings of the Match in the matches played between 19 and 23 January.

Shortly after the final whistles, fans across the world chose their top performers via the official Premier League website and app, and here's who came out on top in Tuesday, Wednesday, Thursday and Saturday's matches.

Antonio's second-half strike – his second winning goal inside four days for West Ham – won the forward 54.8 per cent of the votes.

The Leicester City playmaker impressed once again, sweeping home the second goal in a 2-0 win and taking 53.5 per cent of the vote.

The Portuguese gave an impressive display in an offensive role and came close to capping his performance with a goal when his second-half effort clipped the woodwork.

More than half the votes went to Fernandes, who struck a post and provided the shot that led to Edinson Cavani's equaliser to play his part in an eighth away league win in 2020/21.

The Burnley goalkeeper produced a stellar display at Anfield, with one particularly sharp reflex stop from Liverpool substitute Mohamed Salah. He won 57.4 per cent of votes.

The striker scored from one of his two shots on target to help Aston Villa move up to eighth. He polled 56.6% of the votes.