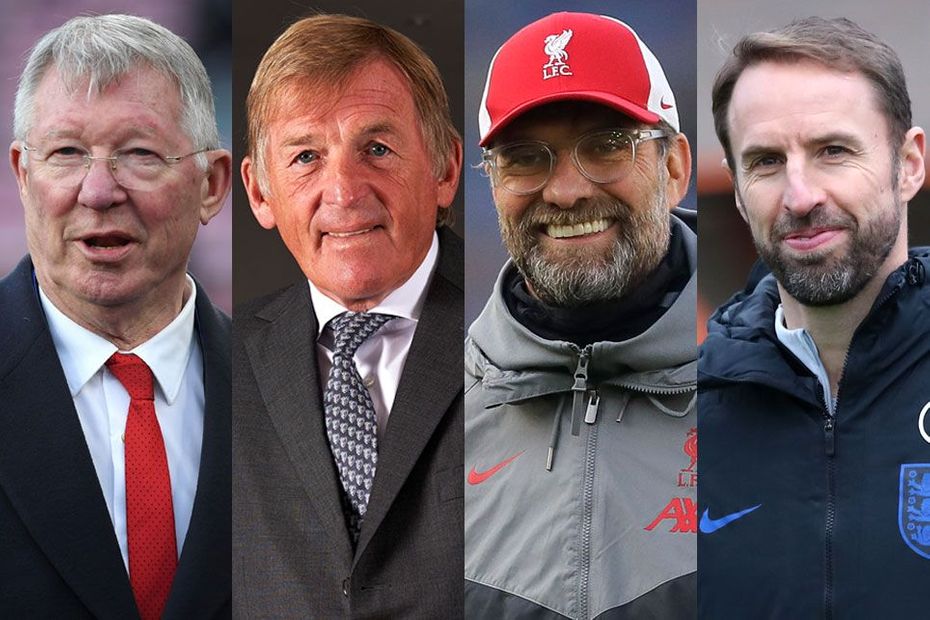 Fans can chat to Ferguson, Dalglish, Klopp and Southgate in an event to raise funds for The Alzheimer's Society

Football fans have the dream chance to ask four great managers the questions they have longed to about the beautiful game.

Ahead of Sunday's top-of-the-table fixture between Liverpool and Manchester United, Jurgen Klopp will join Sir Kenny Dalglish, Sir Alex Ferguson and Gareth Southgate this Friday to discuss the past, the present and the future of football.

"A Team Talk With Legends" is an online event on Friday 15 January at 19:00 GMT and you can submit questions for host Kelly Cates to ask and watch the managers chat by buying a ticket for £25.

The money raised will support The Alzheimer's Society's Sport United Against Dementia, a funding and awareness campaign that aims to spearhead change in the industry and find positive solutions for past and present sportspeople, their families and fans.

The League Managers Association's charity In The Game will also benefit, helping its members and their families who are suffering the effects of dementia.

To book your seat, log on to LockdownTheatre.net. Once your contribution has been received, ticket-holders will be sent an exclusive password to log on to the live event on the night and be invited to ask questions.

See: A Team Talk With Legends